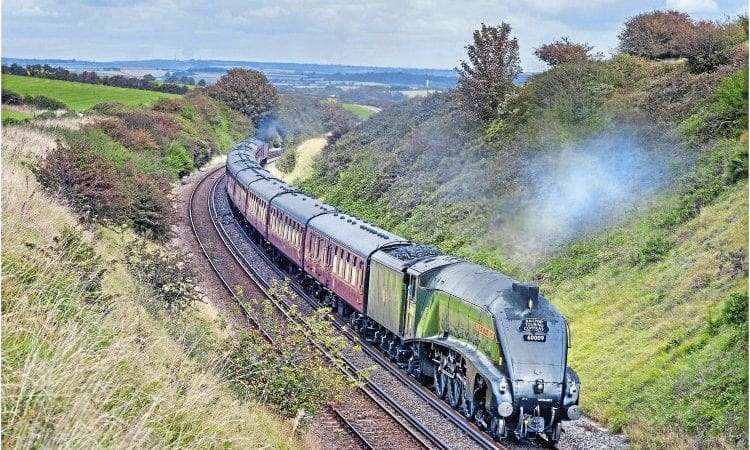 THE Railway Touring Company’s regular summer operations are over for another year, but there is a tempting selection of railtours for the autumn and winter months.

October 12 sees one of its regular ‘Cumbrian Mountain Express’ trips from Euston to Carlisle, utilising electric No. 86259 Les Ross as far as Carnforth, where one of the West Coast Railways steam pool takes over.

A week later, ‘The Yorkshireman’ will take either No. 6233 Duchess of Sutherland or No. 60009 Union of South Africa from Ealing Broadway to York via the Midland Main Line and the Corby loop.

November 8 gives a rare opportunity to travel behind No. 60103 Flying Scotsman over the North Wales Coast route from Crewe to Holyhead. No. 86259 once again does the honours from London.

‘Union’ is in action again eight days later, hauling the ‘Christmas Cheshireman’ from Bristol to Chester via Newport, the Welsh Marches and Shrewsbury.