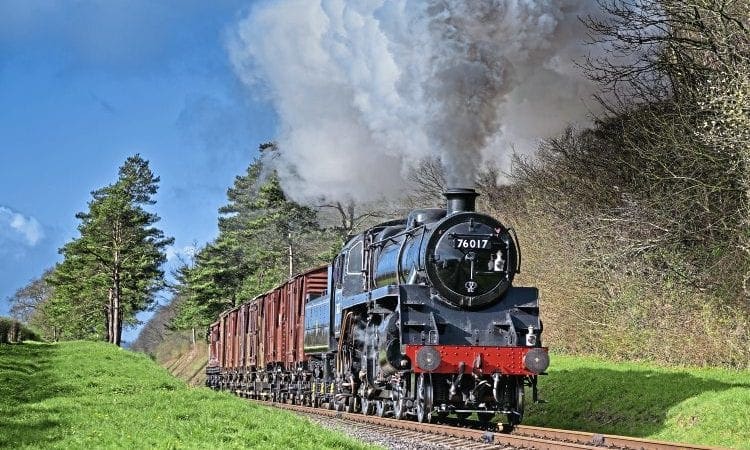 The class was a BR adaptation of George Ivatt’s LMS design, of which No. 43106 is the sole survivor, so having the two types together for evaluation will be of great interest, as will the contrast between No. 76017 and its slightly larger ‘4MT’ 4-6-0 brethren No. 75069.

Like No. 75069, No. 76017 spent its working life on the Southern Region, having been completed at Horwich Works in June 1953. It was subsequently allocated to Eastleigh shed, and achieved notoriety on September 23 the following year when the loco came to grief at Whitchurch Town while working the 7am Banbury to Eastleigh goods.