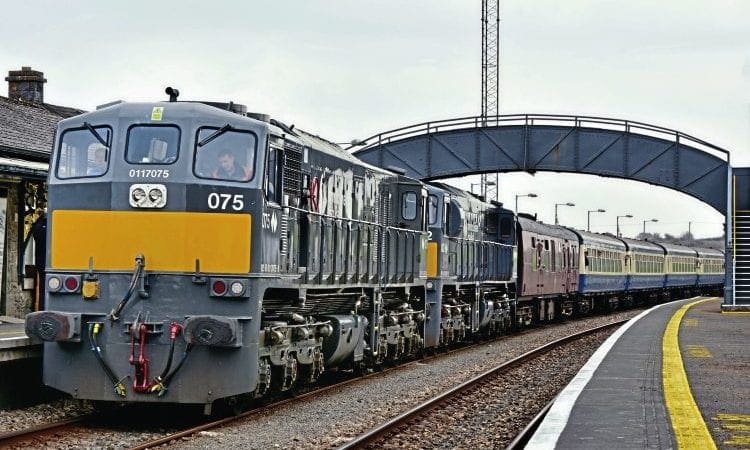 MULTIPLE working was the order of the day for the RPSI’s ‘West Awake’ railtour on April 13.

Class 071 Nos. 075 and 082 worked the eight-coach (required for braking purposes when multiple worked) train from Dublin Connolly to Claremorris, where retro-liveried classmate No. 071 took the train forward to Ballina.

During the late afternoon the tour continued on to Westport, the return leg departing five minutes early owing to worsening weather.

However, departure from Claremorris was 12 minutes late as the train waited for delayed passengers to catch up, but seven of these minutes had been clawed back by the time the train arrived back at Connolly.

Nos. 075 and 082 are seen at Ballyhaunis with the outward leg, the location proving a popular photo stop owing to the platforms being on a curve. NEIL DINNEN

Read more News and Features in the June 2019 issue of The Railway Magazine – on sale now!