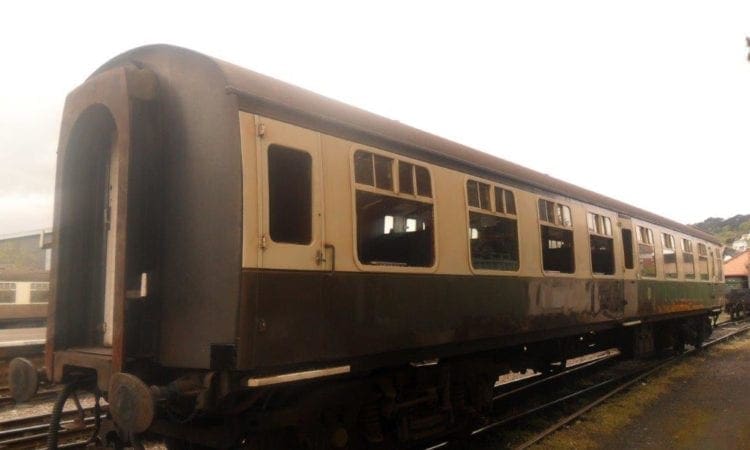 Vandals struck at the West Somerset Railway (WSR) on Monday evening (April 29) when a BR Mk.1 coach parked in sidings at Bishops Lydeard station sustained broken windows at around 9pm – the heritage line has confirmed.

The damage caused to BR Mk.1 No. W4449 mainly comprised broken glass, with three large carriage windows and two droplight windows in doors being smashed in the attack – which is estimated will cost £1000 to replace and repair.

A kind member of the public contacted the WSR about the damage, and general manager Paul Conibeare attended the scene and informed the police. Although the police did not attend the incident, it has been logged with crime number 5219 093628 – and anyone with any information about the attack is asked to please call them on 101.

The coach has now been moved to Minehead for repairs in the carriage workshops, which will hopefully take just a few days to complete if replacement glass is in stock.

WSR General Manager Paul Conibeare said: “This sad, senseless and costly attack on us is bad news, especially coming at a time when we are all working so hard to build the railway back up again.

“Suffering £1000 worth of damage represents a big loss to us at any time, but I’d like to thank the member of the local Bishops Lydeard community who called the railway on the night and reported it to us.

“Mindless vandalism obviously hurts the railway, but we are determined to keep the WSR running and so providing a major tourist attraction in Somerset.”

The attack came on the same evening that a group of teenage vandals caused £80,000 worth of damage after smashing 112 windows at the Great Central Railway – Nottingham. Two boys have been released on police bail .