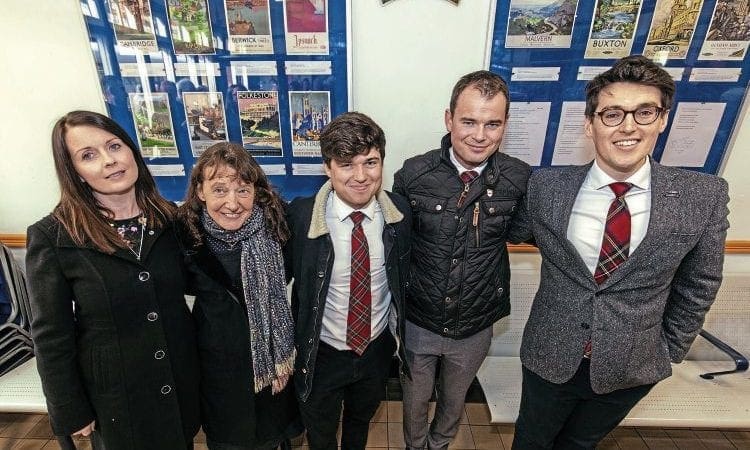 NIGEL Dobbing, the founder of the Railway Touring Company, whose vision pioneered the ‘Great Britain’ steam tours, was remembered with the operation of a memorial train on March 17.

Members of Nigel’s family, his friends, colleagues and people, who supported him over the years until his death last October, travelled from the RTC base in King’s Lynn to Nigel’s home town of Melton Mowbray, behind ‘Merchant Navy’ No. 35018 British India Line.

At Melton station, a memorial plaque was unveiled in the waiting room. Pictured with the plaque are Kelly Osborne (now managing director of RTC), Nigel’s sister Linda Moore and his sons Ben, Martyn and Tim.

Read more News and Features in the April 2019 issue of The RM – on sale now!