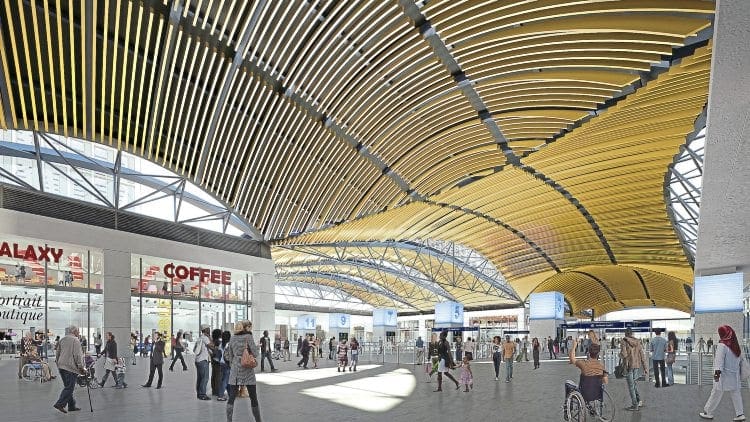 An early draft of the Oakervee Report – leaked to national media in November – confirms the expert panel will recommend High Speed 2 (HS2) should proceed, despite worries the revised £88billion budget could be exceeded.

Supporters had been concerned that parts of the ‘Y’-shaped route could be scrapped to save costs, but the draft says only the full scheme will realise the maximum economic benefits for the country.

Oakervee adds that cancellation could cost up to £3.6bn on top of the £9bn already committed, and alternative schemes could take up to 10 years to develop.

Suggested revisions include reducing the maximum capacity of the line from 18 trains per hour (tph) to 14tph, scrapping the proposed junction with the WCML at Handsacre and building Phase 2a to Crewe, and re-tendering major civil engineering contracts to obtain better value for money.

However, the controversial and expensive tunnelled section between Old Oak Common and Euston looks set to be retained, as does the eastern leg of Phase 2b, serving the East Midlands and Yorkshire.

The latter is fundamental to the development of the Northern Powerhouse Rail and Midlands Engine Rail schemes.

The review panel recommends ‘re-procuring’ most major Phase 1 contracts to ensure they are ‘acceptable commercial terms’.

The Department for Transport (DfT) and the Treasury are also criticised for their contributions to the overspend, not least the use of different methods for estimating costs.

While the Benefit:Cost Ratio (BCR) has slipped from £2.30 in 2017 to £1.30 today, the Oakervee panel stresses the economic case does not consider the full potential of HS2 in creating new homes and jobs.

Publication of the report was scheduled for November, but has been delayed until early-2020 because of the General Election.

Critics of the review, most notably its deputy chairman Lord Berkeley, have dismissed the report as a ‘whitewash’, citing concerns about its preparations, short timescales and offering the Government conclusions, rather than options for consideration.

Former RM columnist Lord Berkeley maintains the final cost of the scheme will be more than £100bn.

In a strongly-worded letter to Mr Oakervee, he called the omission of information ‘dishonest’ and ‘misleading’.

The leak came as GB Railfreight managing director John Smith urged the next Government to make a decision on the future of HS2 as soon as possible after the General Election.

Mr Smith said: “The decision to review the project at this late stage has led to uncertainty across the UK construction supply chain.

“Further delay will mean that people and resources built up ready for work on Phase 1 to start might be lost and could lead to further cost increases.”

GBRf is keen to secure major logistics contracts connected to HS2 Phase 1, including the operation of trains delivering construction materials and removing spoil from the numerous tunnels under London and through the Chilterns.

Around 2,000 businesses have played a role in the preparation for the construction of HS2 between London and Birmingham, and 9,000 people are currently employed directly or indirectly by the project.

A new report commissioned by High Speed Rail Industry Leaders (HSRIL) claims High Speed 2 is essential if the UK is to meet its ambition to meet ‘net zero’ carbon emissions targets by 2050.

According to HSRIL, only HS2 can deliver the capacity and journey time savings to shift many more people away from road and air transport.

HS2 – towards a zero carbon future examines the carbon case for HS2, considering its impacts from construction, operation and modal shift.

The independent review was produced by Ralph Smyth, who formerly led the Campaign to Protect Rural England’s (CPRE) engagement on HS2.

Mr Smyth concludes the high-capacity electric railway is essential in meeting the UK’s ambition for net zero emissions, and should be viewed as intrinsic to the forthcoming Transport Decarbonisation Strategy.

Any moves to curtail it will weaken, rather than improve the case for building it, by reducing the potential for economic stimulus along the route.

Mr Smith said: “HS2 was proposed on the back of the momentous Climate Change Act 2008. Following the Government making a historic commitment to deliver net zero emissions, it’s time to reboot HS2’s carbon case in time for the scheme’s tenth anniversary.

“Longer journeys are the hardest to decarbonise, which is why we need to make rail the longer distance travel mode of choice.”