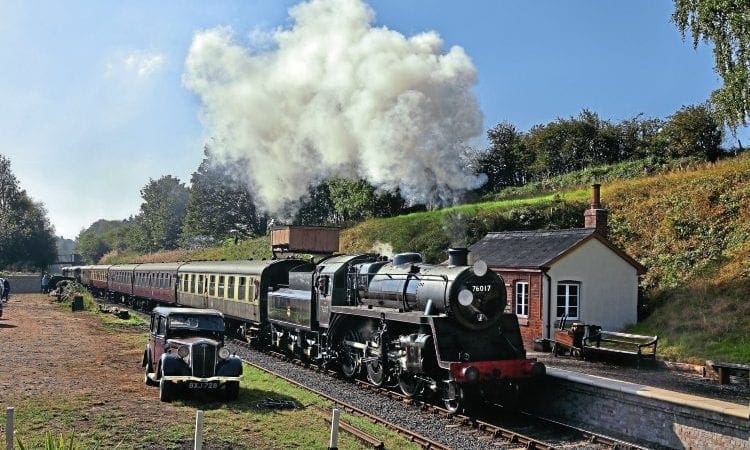 A DISTINCT Southern Region atmosphere surrounded the Severn Valley Railway’s (SVR) Autumn Steam Gala on September 19-22, with five of the participating locomotives having a BR(S) pedigree.

East Lancashire Railway Bulleid ‘West County’ No. 34092 City of Wells was surprisingly making its first visit to SVR metals. The air-smoothed Pacific proved to be a popular draw, and perfectly complemented resident rebuilt classmate No. 34027 Taw Valley, which was also in service over the weekend.

Also visiting for the gala was Mid-Hants Railway-based BR ‘4MT’ Mogul No. 76017, which like City of Wells was making a first-time appearance on the former GWR branch.

The former Salisbury engine was one of two BR Standard ‘4MTs’ in action, the other being the SVR’s own double-chimney 4-6-0 variant No. 75069.