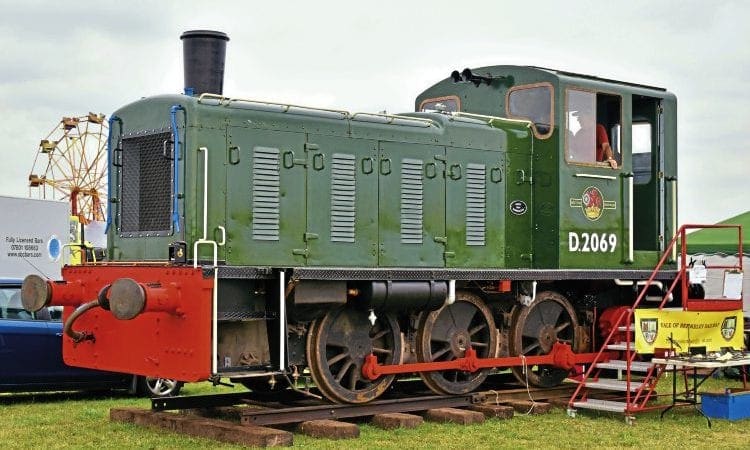 THE Vale of Berkeley Railway Trust’s Class 03 No. D2069 was displayed at the Gloucestershire Vintage & Country Extravaganza on August 2-4.

Its appearance at South Cerney airfield, Cirecncester, followed completion of an extensive restoration in the engine shed at Sharpness Docks.

Peter Nicholson’s Wickham 8S-type 4165 No. 156W was also exhibited by the Vale of Berkeley Railway at South Cerney.

The VoBR is not yet operational so the ‘03’ needs to earn its keep, and it went from the event to the Dean Forest Railway (DFR).

Following further work it will be used initially for driver training as the DFR does not have any drivers passed for the type. It will star at the DFR’s September 13-15 diesel gala along with the Spa Valley Railway’s Class 33 No. 33063 R.J. Mitchell.
Picture: DARREN FORD