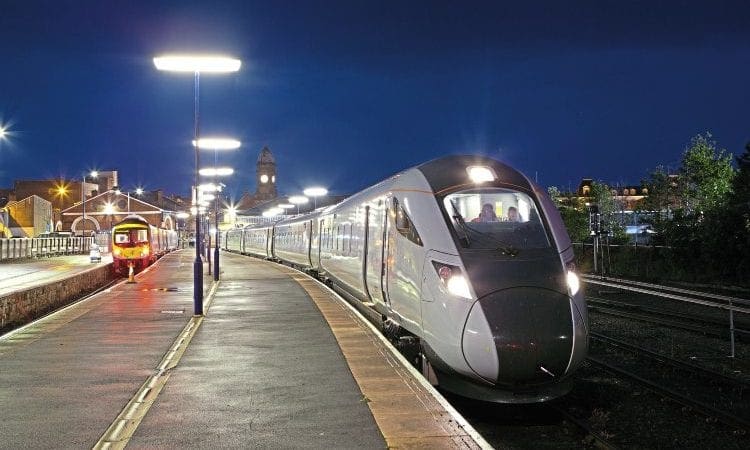 TRANSPENNINE Express has accepted the first Hitachi Class 802 bi-mode train into its fleet.

Dubbed ‘Nova 1’, TPE received the set following approval from the Office of Rail and Road.

They will be used between Manchester, Leeds, York, Newcastle and Edinburgh, and the plan is to phase them into service before the end of the year.

In respect of the ‘Nova 2’ and ‘Nova 3’ fleets, these are still undergoing rigorous testing.

The ‘Nova 2’ is a CAF-built, five-car Class 397 EMU (12 ordered) which will work between Manchester Airport and Glasgow or Edinburgh, while the ‘Nova 3’
is a Class 68-hauled set of five carriages, with a driving trailer at one end.