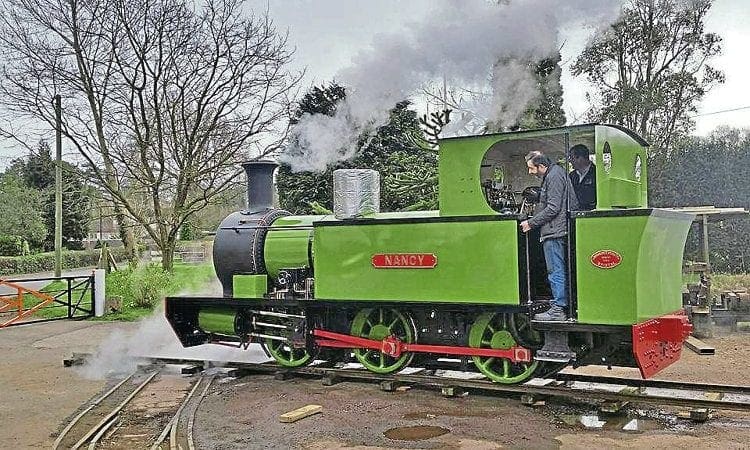 Alan Keef Ltd was racing to complete Nancy and dispatch it back to the Cavan & Leitrim Railway (C&LR) in Ireland before Britain exited the EU (RM Nov 2018). The locomotive hadn’t steamed since entering preservation in 1972.

Nancy left Keef’s works following test-steaming on March 23 and arrived in Ireland (via Holyhead) on March 28, carrying a headboard proclaiming her as ‘The Brexit Express’!

Arrival at C&LR’s Dromod base on March 29 (the date originally anticipated for Brexit) also meant she arrived in time for the 60th anniversary of the Cavan & Leitrim Railway’s closure on March 30, 1959. Nancy arrived at Keef’s in 1997 and £160,000 has been raised from donations – and spent – over the ensuing 20 years.

Rebuilding has included a new boiler, cab, smokebox, water tanks and coal bunker, together with extensive restoration of the frames, wheels and cylinders.

Read more News and Features in the May 2019 issue of The RM –on sale now! Click here to get yours!