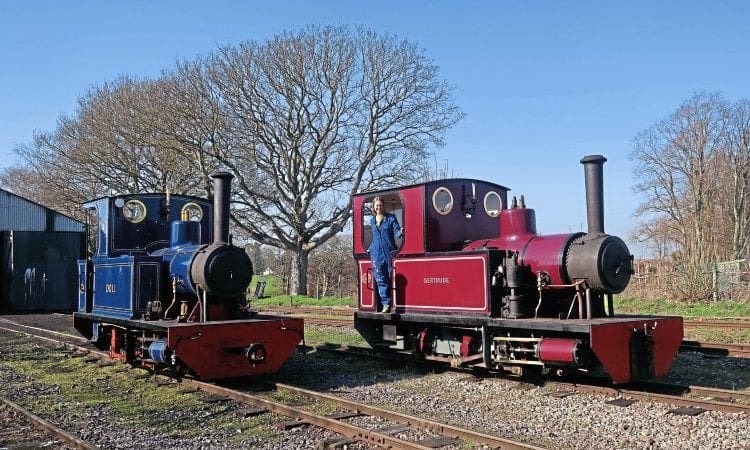 Gertrude is a sister loco to LBR’s own Doll (AB 1641/1919), two of the three Andrew Barclay Class L 0-6-0Ts which once worked at Sydenham ironstone quarries, near Banbury. The third, Winifred (AB1424/1915), was scrapped long ago.Restoration of Gertrude was being progressed by the late Pete Westmacott, but as his health began to fail the project was taken over by Exmoor Transport in November 2006.

Following work at various sites in Devon the loco was publicly launched back into steam at LBR in August 2009. Gertrude arrived at WHHR in 2010 and remained there on a hire agreement with Exmoor Transport until this move to the LBR. With Exmoor Transport’s role in managing Gertrude completed the company has been wound up.