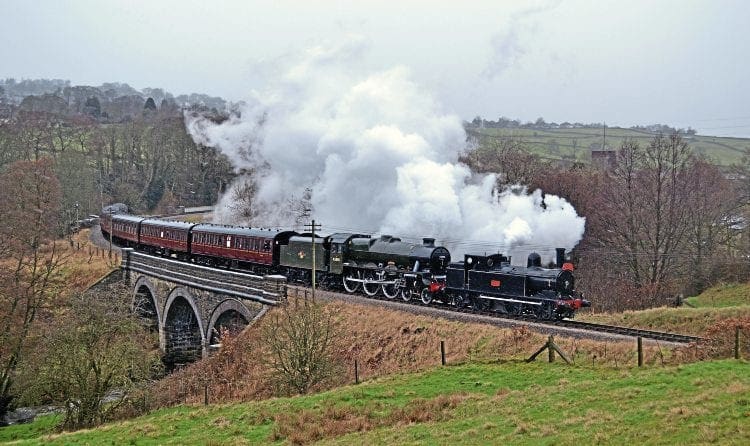 THE Keighley & Worth Valley Railway witnessed a 20% year-on-year increase in visitor numbers to its Spring Steam Gala over the weekend of March 8-10, with almost 3,000 passengers travelling over the three days.

There was a distinctly Midland Region feel to the locomotive line-up, with seven of the eight engines in steam having been built by the LMS, for the LMS, or by one of its constituent companies. The one exception was ‘S160’ 2-8-0 No. 5820, conspicuous in its lack of the classic Midland aesthetics.

The Bahamas Locomotive Society had two of its locos in action for the event, including debutante No. 45596 Bahamas, which was making its first gala appearance following its recent lottery-funded overhaul.