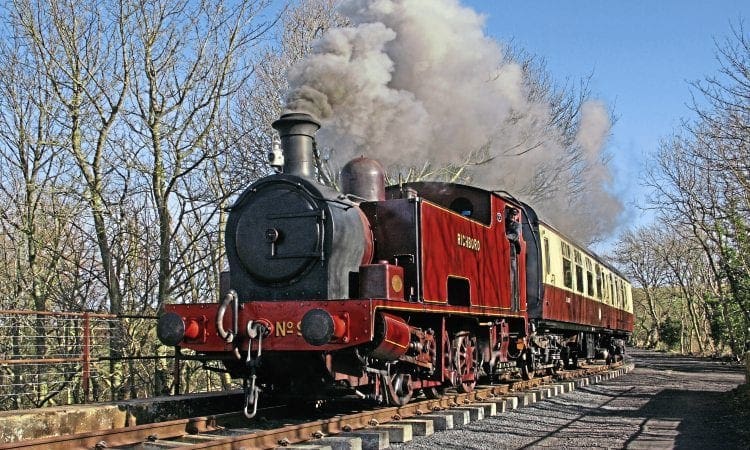 HISTORY was made at the Aln Valley Railway on March 15 when the first steam-hauled train of the preservation era worked across Cawledge Viaduct on the former Alnwick to Alnmouth branch.

Hudswell, Clarke 0-6-0T Richboro (1243/1917) was given the honour of being the first locomotive to travel over the full length of the restored railway towards Greenrigg Halt, including the crossing of the 135-yard-long Cawledge Viaduct.

With a single Mk1 in tow, Richboro steamed cautiously over the recently laid rails to the current limit of the line; the track still requires full ballasting.

On the regulator was former Alnmouth-based footplateman Kenny Middlemist, who 53 years earlier was one of the crew aboard ex-LNER ‘K1’ 2-6-0 No. 62011, which worked the morning shift during the last day of steam service on the branch.

Read more News and Features in the April 2019 issue of The RM –on sale now!