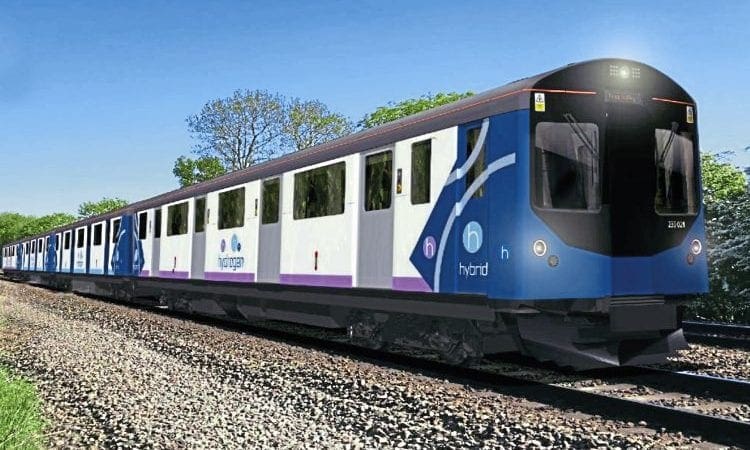 VIVARAIL is offering a hydrogen-powered variant of its ‘D-Train’ upcycled multiple unit, having developed diesel, battery and hybrid versions.

The hydrogen train will follow the design of the Transport for Wales Class 230 fleet, with two driving motor cars powered by Hoppecke batteries.

The only difference being instead of a diesel genset beneath the intermediate car the hydrogen train will have two carriages housing the fuel cells and hydrogen tanks.

Vivarail says this makes it the only UK train builder to currently have a hydrogen train of proven design ready for use on the main line network.

A standard modular power pack allows easy transition from one power source to another – in this case simply changing from a diesel genset to a fuel cell occupying the same space.

The hydrogen-powered ‘D-Train’ has a range of up to 650 miles and would also share other features with its sister trains, such as regenerative braking, batteries and a PRM-TSI compliant, flexible interior design.