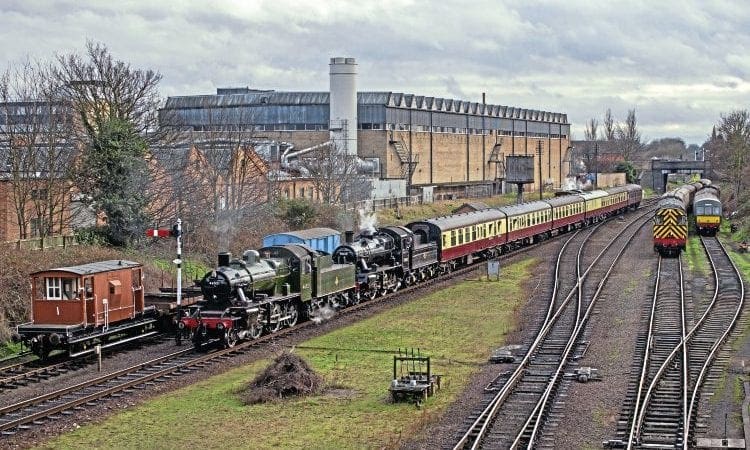 ERLESTOKE Manor Fund’s Collett 4-6-0 No. 7802 Bradley Manor showed audiences at the Great Central Railway’s Winter Steam Gala just why the type is held in such high regard, putting in some impressive turns at the January 25-27 event.

The Severn Valley Railway-based locomotive took its turn at the head of passenger and freight and non-stop workings, double-heading with fellow Swindon 4-6-0 No. 6990 Witherslack Hall on occasions, and also on the GCR’s ever-popular Travelling Post Office demonstrations.

The loco’s turn on the second TPO run on the Saturday left the crowds at Quorn in awe, prompting one observer to describe it as “the best TPO run ever”.