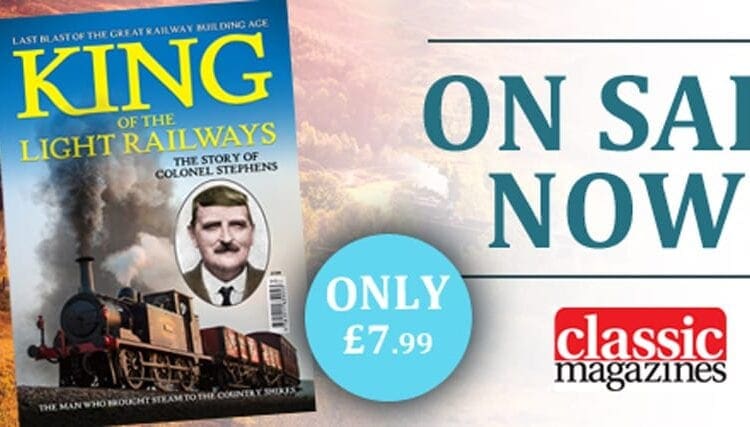 The life and work of an ingenious engineer, Colonel Stephens, who inspired Britain’s preserved railway sector is celebrated in a new publication written by Heritage Railway magazine editor Robin Jones.

King of the Light Railways – The Story of Colonel Stephens traces a career spent building lines ‘on the cheap’ to serve rural areas ignored by the larger firms who believed that there was no profit to be made.

Some 17 light railways owed their existence to Stephens and each is covered in detail by this publication. However, there was a tragic flaw in Stephens’ otherwise highly innovative plans: His little railway ‘empire’ appeared just as the more versatile motor car, bus and lorry had begun to destroy any fading hopes of prosperity that country branch lines harboured.

King of the Light Railways – The Story of Colonel Stephens, published by Mortons Media Group, is available to order for just £7.99 from www.classicmagazines.co.uk.