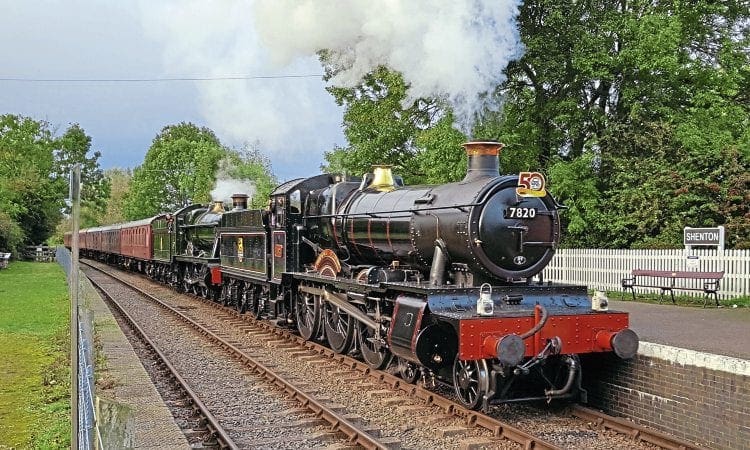 “OVERWHELMED” and “speechless” were just two of the words used by Battlefield Line director Adrian Lock to describe the success of the Leicestershire line’s 50th anniversary gala on October 18-20.

The Shackerstone Railway Society had wanted to mark its five decades of operations at Shackerstone with something special, and this it achieved by securing ‘Modified Hall’
No. 6989 Wightwick Hall as the star guest loco. It was the first time the Hawksworth 4-6-0 had worked on any heritage line since the completion of its 40-year restoration at the Buckinghamshire Railway Centre (BRC) last year.

As a consequence there was an air of expectation around the railway that the 1948-built loco might attract a few extra visitors to the event, and the presence of a second BR(W) 4-6-0 – No. 7820
Dinmore Manor from the Gloucestershire Warwickshire Railway – ensured all trains would run with good loads. In fact it proved to be the railway’s most successful steam gala to date.

Over all three days, Nos. 6989 and 7820 alternated on the five-coach passenger set, with a departure from Shackerstone to Shenton virtually every hour starting at 09.00 each morning.

Interspersed between these were  ‘local’ services between Shackerstone and Market Bosworth worked by the third Swindon-built loco present, ‘4575’ 2-6-2T No. 5542.

Read more News and Features in the November 2019 issue of The Railway Magazine –on sale now!