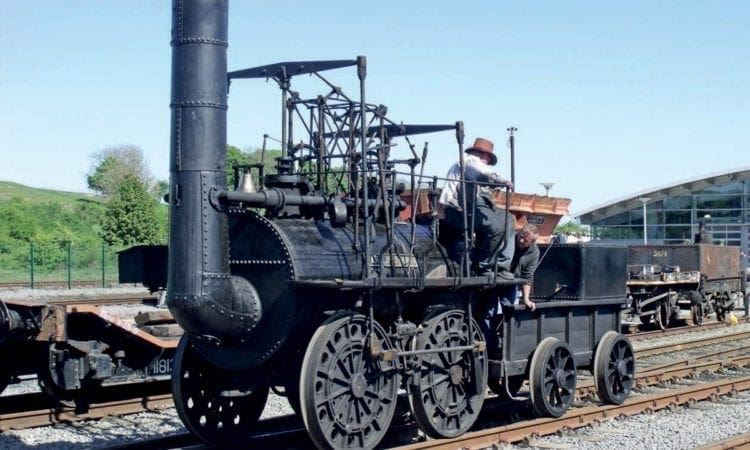 In less than 30 years at the beginning of the 19th century, steam engine technology went from stationary mining machines to powering the world’s first inter-city railway.

In the beginning, all railway locomotives were experimental. Railways and the vehicles that worked on them were developed over decades of trial and error, with ideas ranging from, quite literally, world-changing to the downright dangerous.

While railways worked by horses are thought to have been around in the north-east of England since the mid-17th century, they were traditionally limited to the load that could be pulled by a horse.

French inventor Nicolas-Joseph Cugnot was the first to develop a self- propelled, mechanical land vehicle in 1769.

Significantly he was the first to employ a device for turning the reciprocating motion of a steam piston into rotary motion to turn the wheels of his machine.

While the machine was said to be unstable, dangerous and slow, it laid the foundations for other inventors and engineers to develop self-propelled steam vehicles.

Most famous of these was Cornishman Richard Trevithick. As the son of a mining engineer, he was familiar with stationary steam engines from an early age and took a great interest in the development of high- pressure steam in the late-18th century.

HP steam allowed the use of smaller cylinders to generate power, saving space and weight and Trevithick believed that engines could be made small enough to carry their own weight and tow a trailing load.

In 1801 he built the ‘Puffing Devil’, a self-propelled steam road locomotive which successfully carried six passengers from Camborne to Beacon – the first recognised instance of steam transport.

Trevithick’s first rail locomotive was built by the Coalbrookdale company in Shropshire around 1803, although it is not known whether it ever ran.

The design incorporated a single horizontal cylinder enclosed in a return-flue boiler. A flywheel drove the wheels on one side through spur gears and the axles were mounted directly on the boiler.

In 1802 it was followed by a high-pressure steam engine built to power a hammer at the Pen-y-Darren Ironworks in Merthyr Tydfil, South Wales. With assistance from Rees Jones and Samuel Homfray, the works’ owner, the engine was mounted on wheels and transformed into a railway locomotive.

To win a 500 guinea bet with a rival ironmaster, Homfray said that the locomotive would be able to haul ten tons of iron over almost ten miles of the Merthyr Tydfil tram road from Penydarren to Abercynon.

On February 21, 1804 it did just that, hauling ten tons of iron, five wagons and 70 men over the distance in just over four hours at an average speed of 2.4mph.

Despite some of the cast iron plates of the tramroad breaking under the weight of Trevithick’s locomotive, it proved the principle that a steam locomotive could haul more than its own weight over gentle gradients using a smooth iron road.

Fancy reading the full article? Go to AllMyReads and grab a copy of X-Trains for just 99p!

Welcome to the weird and wonderful world of experimental trains…

The Olympic motto ‘Faster, Higher, Stronger’ could just as easily be applied to the development of railways over the last two centuries.

What follows is the story (so far) of our constant search for machines that will run faster, carry more people or freight more efficiently and reach places denied to existing technology.