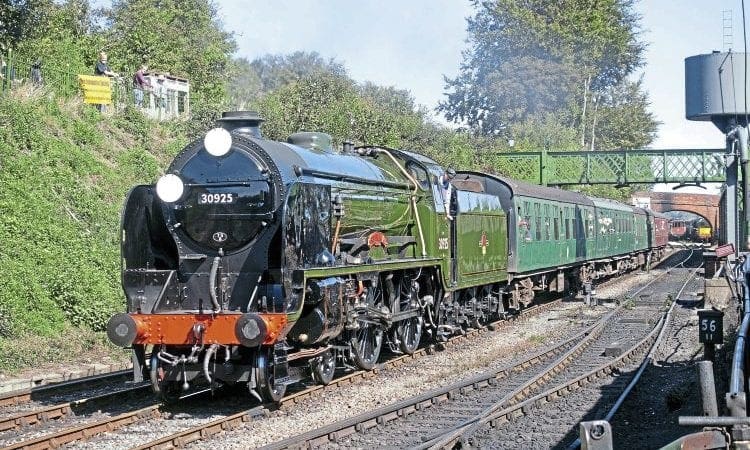 THE National Railway Museum’s Maunsell ‘V’ class 4-4-0 Cheltenham has re-entered traffic at the Mid-Hants Railway following its repaint into British Railways livery as No. 30925.

The refreshed ‘Schools’ made its Brunswick green debut on September 14, the first time it had hauled a passenger train in this guise since 1962.

Cheltenham is pictured arriving at Ropley with the 12.00 Medstead and Four Marks- Alresford service that day.

The loco will be one of the star turns at the MHR’s Autumn Steam Gala on October 18-20, alongside recently out-shopped Urie ‘S15’ No. 506 and ‘9F’ No. 92212, which is making one of its final appearances before overhaul.