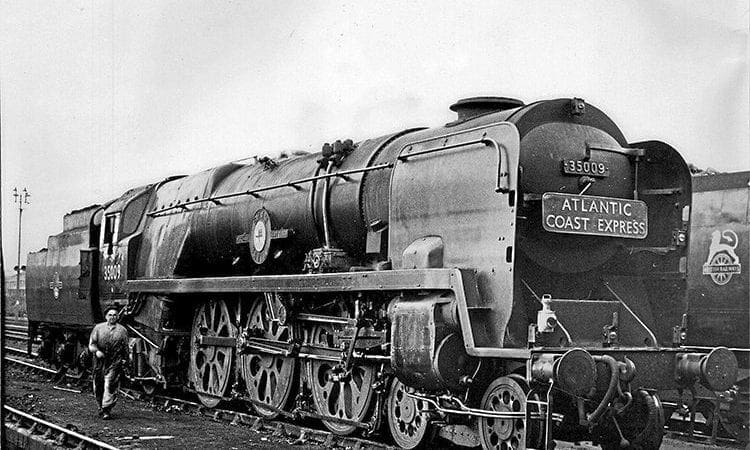 ONE of preservation’s forgotten locomotives – ‘Merchant Navy’ Pacific No. 35009 Shaw Savill – is being restored for main line operation by owner Ian Riley at his Heywood works, near Bury.

Mr Riley bought the rebuilt Bulleid 4-6-2 from Richard Stone in 2003, but other than stripping it down little work was carried out while a decision was made about its future.

It remained on the back burner until September 11 when the frames and boiler were collected from open storage at the East Lancashire Railway and transported to Heywood.

The decision to restore the loco has been largely dictated by the increasing lack of available railtour charter paths for 60mph locomotives in the south of England, including Mr Riley’s Stanier ‘Black Five’ fleet.