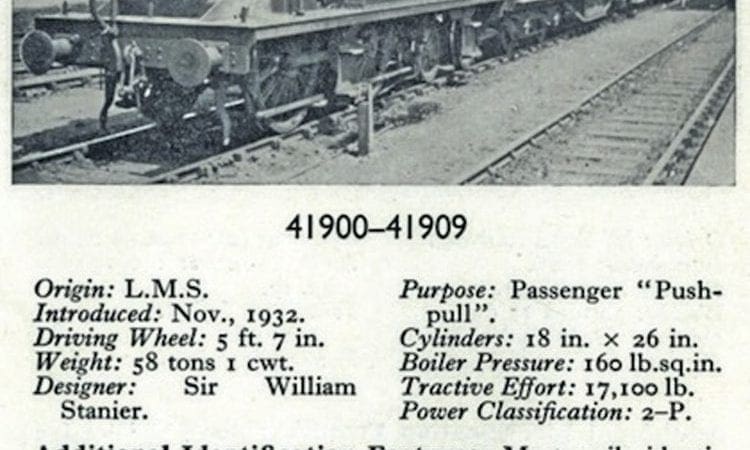 I enjoyed Mike Arlett’s articles on Bath Green Park in the August and September’s issues.

In particular, I was pleased to see the Ivo Peters’ photograph in the September article showing the departure of No. 568 on a Bournemouth train, and specifically No. 41902 preparing to leave on a local to Bristol St Philip’s.

One of my most treasured and often referred-to books is the The Observer’s Book of Railway Locomotives of Britain, 1958 Edition.

Most of the photographs show examples of the individual classes of locomotives in anonymous locations.

The example for the Stanier Push-Pull Tank is again No. 41902, photographed on one of the middle roads at Bath Green Park.

The Observer Book gives the 1958 locations for all 10 locos, but neither Bristol nor Bath is one of them, Tewkesbury being the nearest.

I always thought that a little odd, but now realise the photograph had been taken much earlier, possibly on April 16, 1949, on the same occasion as the photograph in the feature, and certainly before September 21, 1953 when St Philips closed.

The ‘British Railways’ lettering on the engine makes a 1949 date most likely. The photographers are not credited in the Observer’s book, however, I can imagine it was taken by Ivo Peters and was the best on file for what was, I surmise, a small and largely undocumented class of locomotive. Nice to have that slight conundrum resolved.

Read more Letters, Opinion, News and Features in the October 2019 issue of The RM –on sale now!