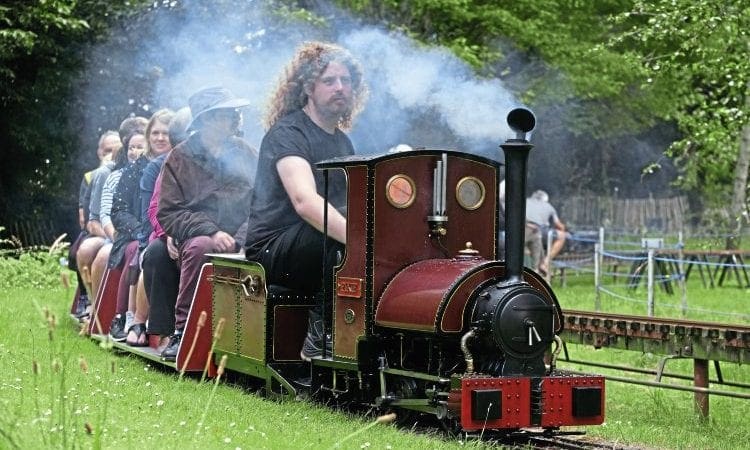 The club was formed in 1954 and moved to Stoke Park, Guildford in 1958, where it leases land in the eastern end of the park.

Access is from London Road at Burchatts Farm Gate.

There are passenger lines of 7¼in-, 5in- and 3½in-gauges running around a corner of the park, enhanced with garden planting.  Other forms of model engineering were on display at the well-attended event.

Trains ran as frequently as the signalling system would allow, with all trains full. There were a number of 7¼in-gauge locos in operation, two owned by GMES, the others provided by members.