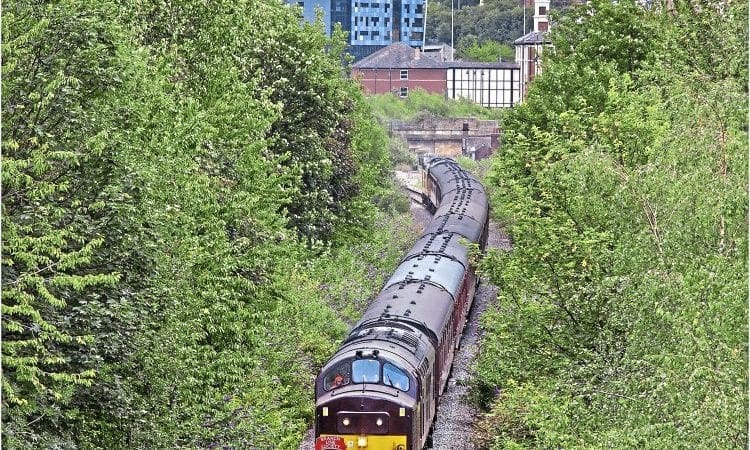 Highlights included a rare trip over the remnants of the Woodhead Route, running beyond the Network Rail boundary into Liberty Steel’s Stocksbridge Steelworks, near Sheffield, and the former Tinsley Yard.

The train also visited the OMYA chemicals facility at Ferriby, near Hull, the former Kellingley Colliery sidings, and Drax power station, where it became the first passenger train to run through ‘C’ track at the unloading facility.

Power for the train was provided by West Coast’s No. 37667 and Colas Railfreight No. 37521 running top-and-tail with a set of WCRC Mk1s.

Proceeds from ticket sales and on-train fundraising raised more than £15,000 for Martin House Hospice, which provides care for children with life-shortening conditions.