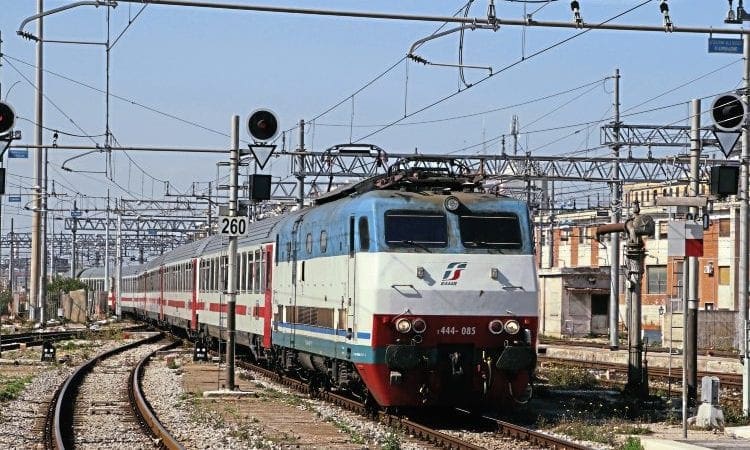 They are being replaced by more modern locos, and most recently by second-hand, Italian-built ‘Fyra’ high-speed trains from The Netherlands.

Italian State Railways introduced the first Class 444 locos in 1967 when they were the most powerful and fastest locos in Italy, at 3,420kW and 180kph, respectively.

After five prototypes had been built another 112 locos were ordered and delivered between 1968 and 1975. The production locos were more powerful at 4,200 kW and faster, approved for 200kph.

When new the locos had curved styling and were given the nickname ‘Tartarughe’ with deliberate irony as they were in fact the fastest locos in the fleet. For many years some locos carried tortoise logos.