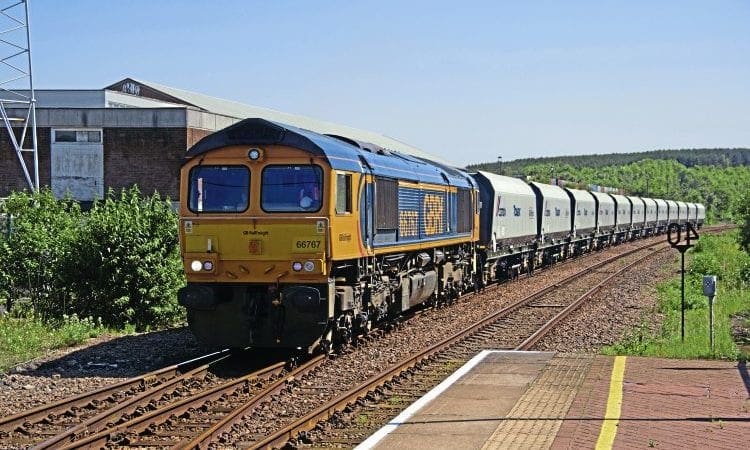 GB Railfreight (GBRf) operated a test train into the reactivated facility, which is three miles to the north of Heathrow, and close to the site of the planned third runway.

Class 66 No. 66775 HMS Argyll hauled what is hoped to be the first of many trains into the sidings.

Land owner Link Park and site operator Ashville Aggregates reinstated the unloading sidings in January and February this year. They were last used in 2013 and subsequently removed.

The former sidings were retrieved from beneath a layer of compacted material, the trackwork lifted and relaid to a new layout, with replacement sleepers and rails as required.