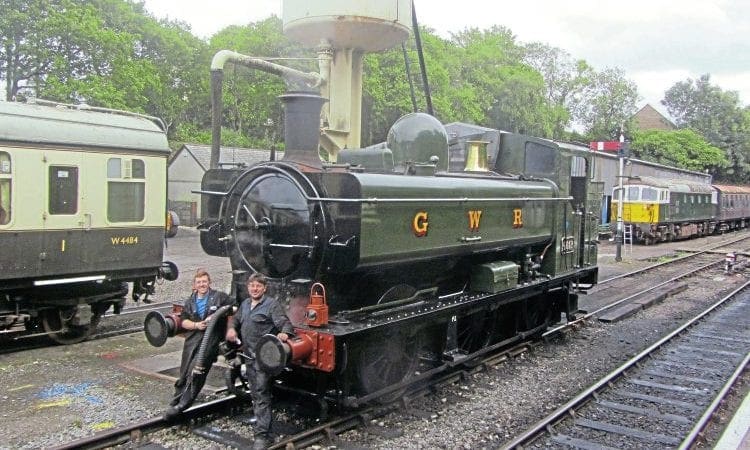 GREAT Western motive power returned to the Bodmin & Wenford Railway for the first time in 2019 when Collett ‘8750’ 0-6-0PT No. 4612 rejoined the working fleet in late-July after overhaul.

The loco passed its steam test on July 18 and, following running-in turns, took its place on the passenger roster the next week.

The pannier’s return takes the pressure off ‘Austerity’ 0-6-0ST No. 75178, which had been the railway’s only operational steam loco this year.

No. 4612 is pictured at Bodmin General station with fitters Tom Blight and Will Marshall, who completed much of the work on the loco. JIMMY JAMES/B&WR