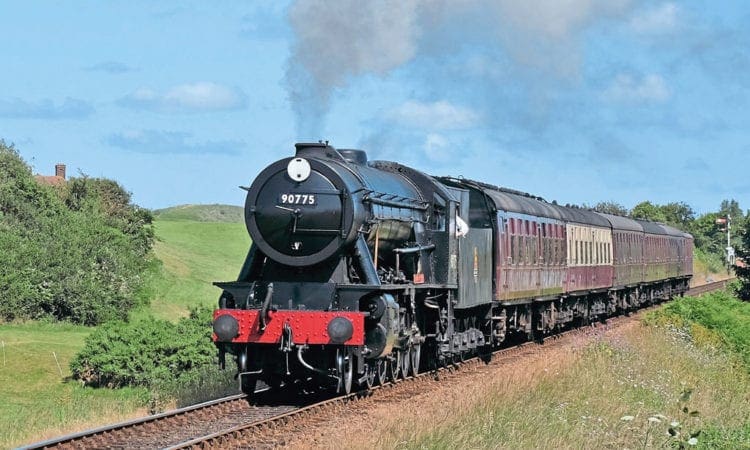 Britain’s heritage railways are fighting for their future in the face of a Government crackdown on carbon emissions.

So serious is the threat that politicians from both sides of the Parliamentary divide joined forces in July to call for steam lines to be spared the most extreme aspects of new coal-burning laws.

Preservationists are also viewing with growing concern the escalation of action by climate-change protestors and wondering how long it will be before a preserved railway is targeted.

Campaign groups have already invaded an opencast coal mine in Germany and glued themselves to a train –ironically an electric on London’s Docklands Light Railway – and their demonstrations are becoming increasingly widespread and militant.

To combat the threats, the Heritage Railway Association has gone on the front foot in a bid to protect its members’ interests.

The HRA is working with the All-Party Parliamentary Group on Heritage Rail (APPG) to emphasise the many reasons why steam locomotives should be allowed to continue running and it’s urging railways to increase their vigilance in light of potential trouble from protestors.

“Today’s children may be denied the experience of a steam train ride as an unintended consequence of Government action to tackle climate change,” says the APPG’s Nicky Morgan, MP for Loughborough, whose constituency includes the Great Central Railway.

Read more in the August issue of The Railway Magazine – out now.