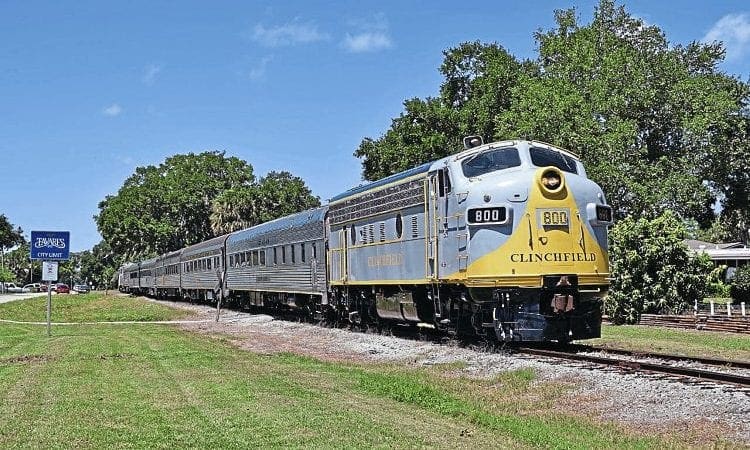 AROUND half the route operated by Florida tourist train Orlando & Northwestern Railway – which runs as ‘The Royal Palm Railway Experience’ – was closed to passengers in April.

The move came after the route’s owner, shortline freight operator Florida Central Railroad, decided it would no longer maintain the Tavares to Mount Dora section to passenger standards.

The company claim the track is old jointed track dating from 1904-1910, and renewal for passenger use will be expensive.

‘Royal Palm’ is based in central Florida, north west of Orlando, and had been operating several times a week on two routes from Tavares – the 4.6-mile section to Mount Dora and the 4½-mile section from Tavares to Eustis, which has continuous welded rail so will be maintained to passenger standards.

Operations may be extended on this route beyond Eustis in the future.

‘Royal Palm’ is the sixth operator for this tourist line since 1998.