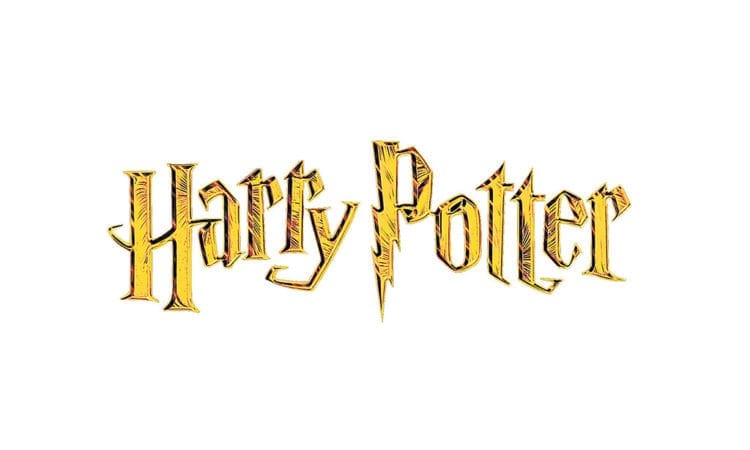 Have you ever wondered how the Harry Potter rail scenes were made? There are events which have a profound effect on one’s life or business — from West Coast Railway’s point of view, the Harry Potter film is one of them.

My mobile rang early one morning in June 2000 as I was passing through Castleton, en-route to Fort William and another season of ‘The Jacobite’. WCR chairman David Smith asked me to return a call from Warner Bros, who were looking to do “some filming with a steam train”.

Keith Hatcher, Warners’ location manager, explained that the director of the forthcoming Harry Potter film, ‘Harry Potter and the Philosopher’s Stone would be looking at the West Highland line for suitable locations (Hogwarts School for Wizards and Witches was located “somewhere in the Highlands”).

After I’d told him that West Coast was unique in being a train operating company that owned and operated its own steam locos and vintage coaching stock, I was invited to the art department at Leavesden studios, Watford. I’m afraid I’d paid precious little attention to the developing Harry Potter phenomenon, so art director Cliff Robinson gave me an inkling as to how huge it was becoming. J.K. Rowling’s meteoric rise is well known, but railway content of the books is not so.

Central to each book is the ‘Hogwarts Express’, a maroon-liveried steam-hauled train which takes the children to and from school and departs from the mythical platform 9 3/4 at King’s Cross.

Bloomsbury, publisher of the books, had earlier made a low-key book launch at King’s Cross, using ‘West Country’ Pacific No. 34027 TawValley. For the fourth book’s launch, ‘Harry Potter and the Goblet of Fire’, No. 34027 was to be used again, but this time painted maroon and hauling a nationwide tour train (using the ‘Queen of Scots’ trainset), with Joanne Rowling herself on the train signing books and giving interviews.

West Coast had been approached to operate that train, but was unable to do so. I did, however, manage a short ride from Manchester Piccadilly to York, via Bradford, during the tour and that is when the popularity really hit me. The press coverage in that Sunday’s papers was extensive and the crowds at Manchester, given that it was early on a Sunday morning, were extraordinary. Even intermediate stations were lined with people.

Back at Leavesden, I found that Taw Valley had been discounted for the movie by the director, Chris Columbus. Warner Bros felt it was ”too modern” and were looking for a more classic British steam loco. We were discussing the possibility of West Coast’s 8F, No. 48151, when Cliff said: “What the director really wants is something like this”, pointing at a photo of a GW ‘Hall’.

With that, I was able to produce the last picture in my briefcase — that of No.5972 Olton Hall. And that, as far as selection of loco goes, was that!

Colour selection for the loco and stock was made on the basis that the shade of red chosen had to show up with least variation under all lighting conditions. Lining was BR-style orange and black, with a large totem on the tender in the late 1950s BR-style, proclaiming ‘Hogwarts Railways’ and featuring the school crest. Len Clark, who had also repainted Taw Valley into red, painted our engine too, while lan Castledine produced the superb WR-style ‘Hogwarts Express’ headboard.

Stock comprised two SKs and two BSKs (one being the support coach), repainted into the standard West Coast maroon with yellow and black lining, although with circular Hogwarts Railways.

Latest news on ‘The Railway Hub’:

The first session of filming was at Goathland, on the North Yorkshire Moors Railway, in September. Although Scotland was in the original brief, it had not proved possible or practical for a first shoot and something closer to London was required.

With No. 5972 arriving by road, as Railtrack gauging clearance could not be undertaken in time, and the stock arriving by rail, virtually straight from the paintshop, filming took place during the last week of September, in glorious weather and supposed great secrecy. The crews took much delight watching the security teams frustrating the assembled tabloid paparazzi, who appeared to go away with little more than fuzzy shots of Robbie Coltrane’s double.

It was then intended to take the whole train to Kings Cross for the platform 9 3/4 scenes. Railtrack had been sceptical as to whether filming could in fact take place at the ’Cross, suggesting several other lesser-used termini, such as Hull, but persistence, plus recognition of the public relations benefits by the then Railtrack LNE zone director, Nick Pollard, paid off. No. 5972 was gauged to run all the way down the East Coast Main Line from Grosmont!

However, the Hatfield crash in October 2000 and the subsequent descent into national chaos meant the schedule went awry. All thoughts of filming at King’s Cross were cancelled until early in 2001 and our train returned to Carnforth  until late January, when it made its way to WAGN’s Hornsey depot, our London base.

The ECML run was memorable not least because it was new territory for 5972, as well as being at night and in freezing fog.

Arrival in London was right in the morning peak, drawing astonished looks from bleary-eyed commuters! The late arrival meant it was not possible to turn the loco as planned, so on the Saturday afternoon, an extraordinary working of 5972 and two Class 31s set off to Camden Road & Canonbury for turning. This move was necessitated by the Bounds Green depot engineer declaring the Ferme Park turntable allegedly unfit for use. Again, startled looks came from North London’s shoppers and passers-by.

Filming required the train to be on set by 06.00 and following an 05.15 departure and a swift shunt at King’s Cross, loco and coaches came to rest in platform 4 on the dot of 06.00 (platform 9 3/4 is actually between platforms 4 and 5 of the real station!).

King’s Cross was where the media interest really got a hold. Warners had insisted on tight security and screened off most areas from outside view, making everyone do with ‘approved’ shots issued by Warners a few weeks later. After rehearsals, shooting took place in the afternoon, although departure shots were left to the final day’s filming, two Sundays later. Sadly, these did not reach the final edit.

One thing not many people know is that Warners also went to the Bluebell to make sound recordings of Standard 4-6-0 No. 73082 Camelot, so if you ever wonder why a ‘Hall’ has a chime whistle now you know!

After our return to Carnforth, planning for the second Harry Potter movie began immediately, for which we had to take No. 5972 up to Scotland.