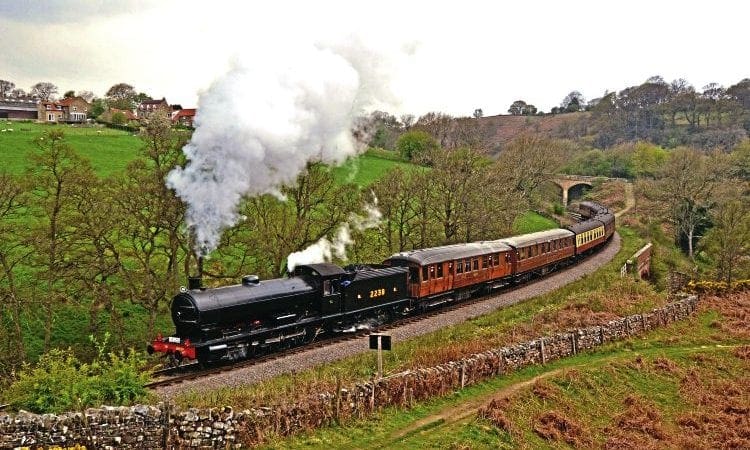 THE North Eastern Locomotive Preservation Group (NELPG) relaunched its Raven ‘Q6’ 0-8-0 No. 63395 on May 1 as North Eastern Railway ‘T2’ No. 2238 – all part of the locomotive’s centenary year commemorations.

The transformation has included repainting the loco into the NER livery the locomotive carried when it emerged from Darlington Works in December 1918.

The work was carried out in NELPG’s deviation shed at Grosmont on the North Yorkshire Moors Railway during the first half of the year.

The relaunch was conducted at Grosmont by NELPG chairman Andrew Scott, with members and guests gathered around the locomotive.

A bottle of traditional Newcastle Brown Ale was poured over the running board and, after the speeches, the ‘T2’ worked a service to Pickering and back.

The loco is seen passing Darnholme with the commemorative special. LUKE TAYLOR.

Read more News and Features in the June 2019 issue of The RM –on sale now!