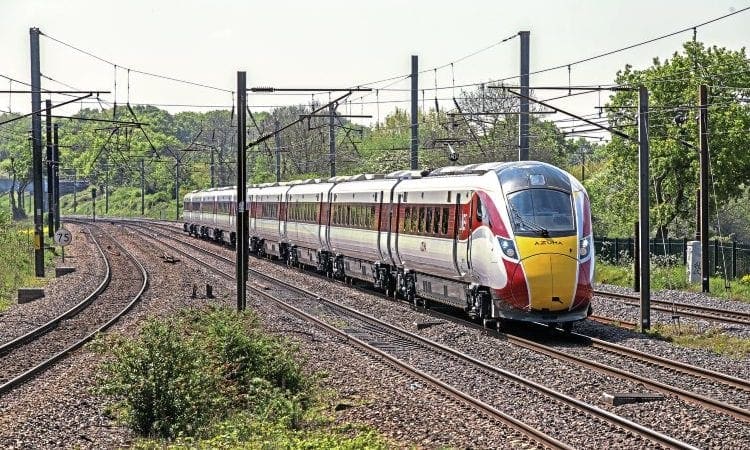 MAY 15 was an historic day for state-backed train operator LNER, which introduced the new Hitachi Class 800 ‘Azuma’ on its first revenue-earning service from London King’s Cross to Leeds and Hull.

The previous day, LNER invited the railway press and other stakeholders on a trip
to Peterborough to sample the train (see also feature on p16).

Eventually, LNER will be operating 65 ‘Azuma’ trains, some five-car, some nine, with Class 800s as bi-mode and Class 801 as electric only.

Their introduction will lead to the retirement of Class 91 locos, along with Mk4 sets, as well as HST sets, on a rolling basis over the coming months.

From the one diagram beginning on May 16, LNER has announced its intentions to ramp up diagrams by the end of June to six.