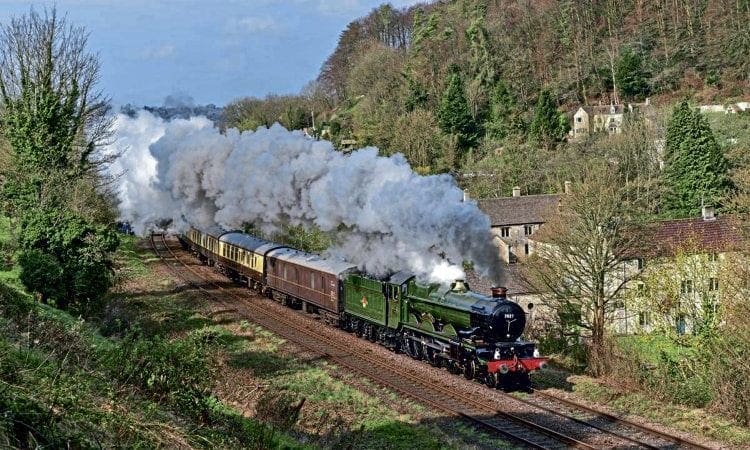 The double-chimneyed BR ‘Castle’ will work what are expected to be the last passenger trains over the former GWR branch to Coalbrookdale and Ironbridge.

Two shuttles will run down the branch from Madeley Junction with diesel haulage as far as the Albert Edward Bridge, close to the now-closed Ironbridge power station. ‘Clun’ will then attack the steeply graded line to return to its pick-up points at Wellington and Telford.

Tickets are priced at £25 (Standard Class only), with departures from Wellington booked for 13.30 and 15.30. On the same day, No. 7029 will also operate a train from Dorridge, Solihull and Tyseley to Cosford on the Wolverhampton to Shrewsbury line for the RAF Cosford airshow.

Full story in the May 2019 issue of The Railway Magazine –on sale now!