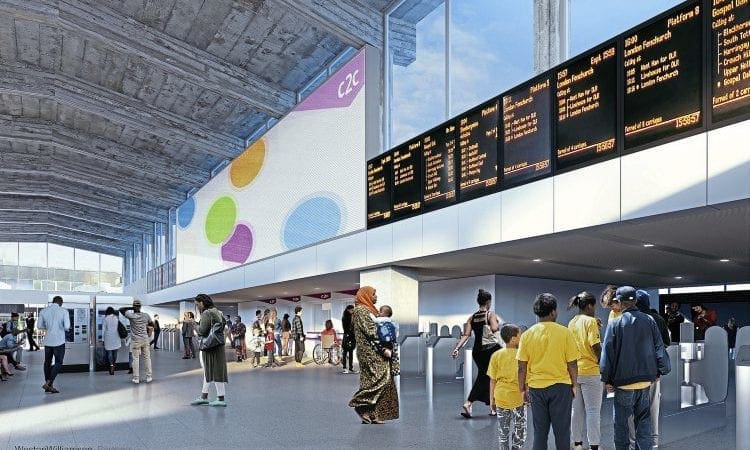 LONDON’S only Grade-II listed 1950s railway station is set for a multi-million pound refurbishment – and work could start as early as October.

Barking, in east London, is regarded as a classic of post-war British Railways station architecture and design. It is operated by c2c, served by trains on the London Fenchurch Street to Southend/Shoeburyness route and London Overground’s (LO) line from Gospel Oak.

Trenitalia-owned c2c wants to transform the station to cope with growing passenger numbers, reduce congestion and restore original architectural features that help to celebrate the Grade II-listed station. As part of the work, the station’s concourse will be redesigned and a second line of ticket gates added, doubling the current total.

Station entrances will also be doubled in size to improve passenger flow, and new station toilets, lifts and retail spaces will be provided. c2c has also applied for a DfT grant to provide additional lifts to all platforms.