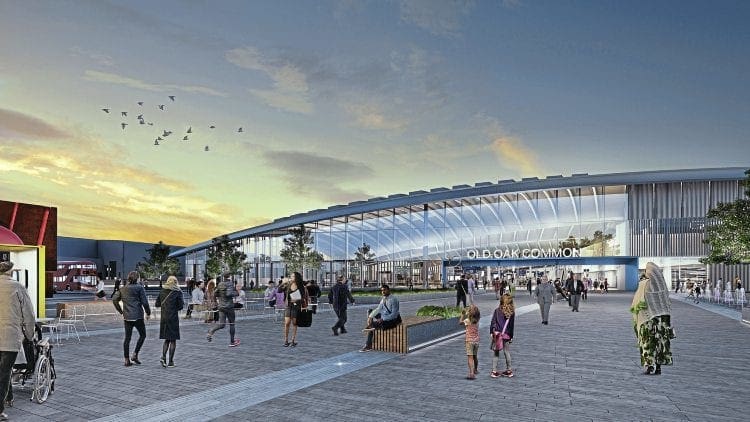 HIGH Speed 2 Ltd has revealed the designs for the HS2 Phase 1 station at Old Oak Common, and appointed construction partners for its two London stations.

Old Oak Common will have platforms both below and above ground, linked by a ‘light and airy’ concourse, and will eventually have direct services to three major airports (Heathrow, Birmingham and Manchester), eight out of 10 of the UK’s largest cities, and Crossrail, making it the UK’s best-connected interchange.

The ‘super hub’ will be used by up to 250,000 people each day and will form the centerpiece of a major redevelopment of the area, creating up to 25,500 new homes and businesses, employing up to 65,000 people.

Six 450m platforms for high-speed trains will be built in a 1km-long box, served by twin running tunnels, linking Euston with the outskirts of London.

Material excavated from the site will be removed by rail using the former Willesden Euroterminal facility, where the gantry cranes were recently dismantled.

HS2 Ltd has also named the two construction consortia that will deliver the major new stations at Euston and Old Oak Common.

The deals are worth £2.56billion and are expected to create up to 4,000 jobs. Mace and Dragados SA will oversee the work at Euston, where the station’s capacity will be doubled by HS2 to meet passenger demand and free up capacity on the West Coast Main Line for more freight and commuter services.