KEITH Farr’s letter in the October issue understandably questions the performance of No. 60052 Prince Palatine climbing to Whitrope summit on the Waverley Route.

He is quite right to do so as the ‘A3’s’ performance, while very impressive, wasn’t world record-breaking as the photo caption infers. 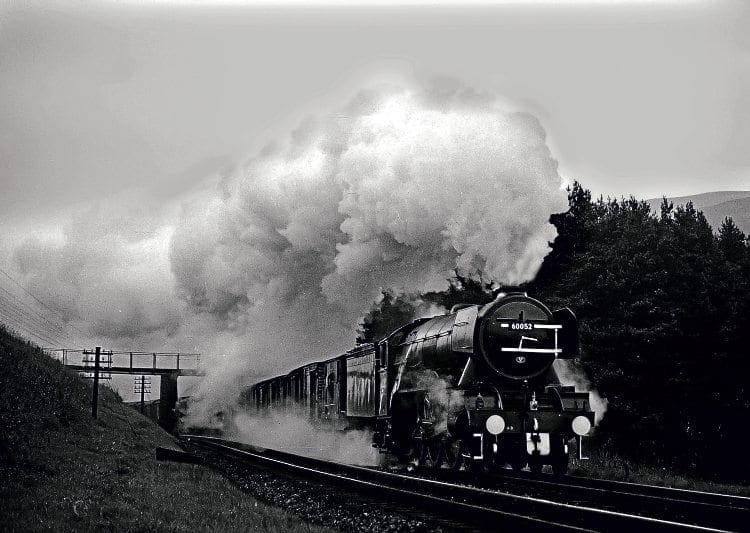 When writing up the caption the assumption was made the train of more than 50 fitted vans was fully loaded. However, this was most unlikely to have been the case, and a number of the 16-ton vans would have been empty, thereby reducing the overall weight.

Nevertheless, the weight of the train would still have been well in excess of 400 tons.

This point was spotted at the proofing stage of NEVER AGAIN and the caption has been duly amended for the print run.

Read more Letters, Opinion, News and Views in the November issue of The RM – on sale now!