WRHSL is a subsidiary of the Weardale Railway Trust, a voluntary body which also supports the work of WR CIC. 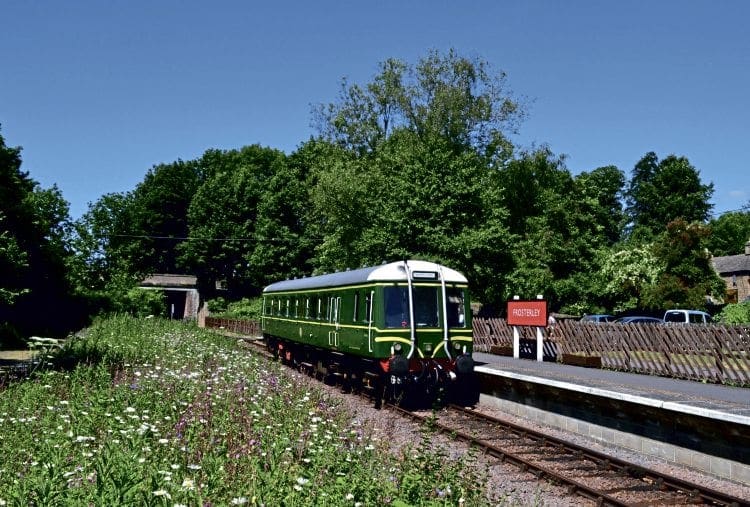 Class 122 No. E55012 is seen at Frosterly station on June 30, the day before services to Bishops Auckland West were reinstated.

The ‘Bubblecar’ left the railway after the original heritage passenger services ceased and spent time at the North Norfolk and Ecclesbourne Valley railways.

It returned to the WR in 2014 for the restored services. JOHN ASKWITH