THE North Eastern Locomotive Preservation Group’s ‘J27’ 0-6-0 No. 65894 entered revenue-earning service at the North Yorkshire Moors Railway on May 20, just four months after arriving at Grosmont for the completion of its overhaul. 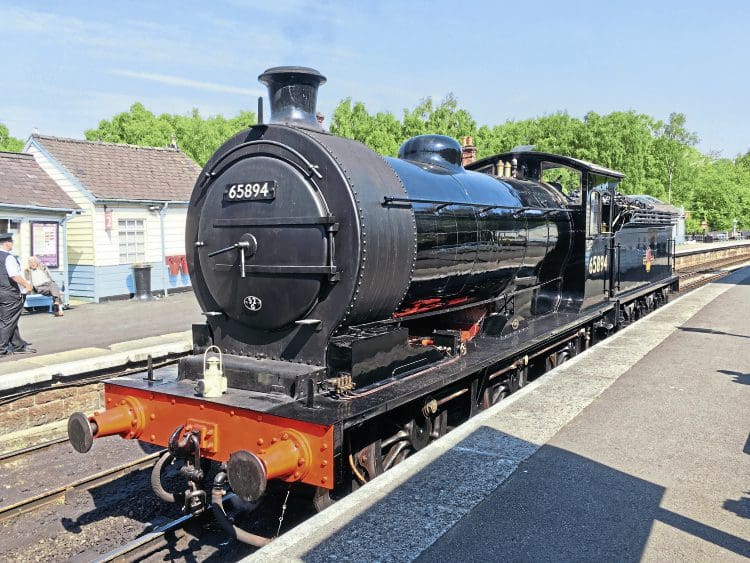 The 1906-built loco ran ‘light engine’ to Goathland early that morning, which was followed by an afternoon loaded run to Pickering and back, top-and-tailed with ‘B1’ No. 1264 on a six-coach train.

Satisfied with No. 65894’s performance, it was given the green light to work the 16.30 Grosmont-Pickering, which officially marked the loco’s return to traffic after an overhaul lasting more than 10 years.

The newly outshopped loco is pictured at Grosmont between runs that day. RICHARD PEARSON

Read more News and Features in the June issue of The RM – on sale now!