Broadway extension doubles Gloucs-Warks visitors, ‘Cromwell’ booked for Cotswold Festival of Steam, No. 46441 moves ‘home’ to Lakeside & Haverthwaite ahead of return to steam, new build BR ‘3MT’ is a rolling chassis, Swanage ‘U Boat’ back on the main line. 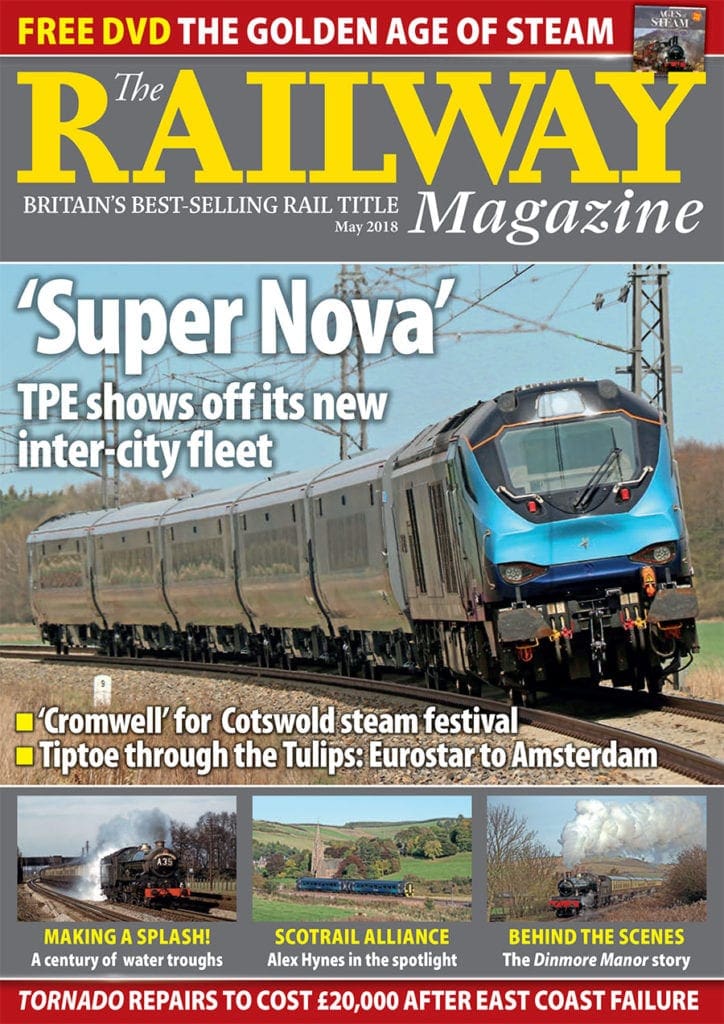 Our regular gallery of the best railway photography from around the world.

14 Tiptoe Through the Tulips

John Heaton reports from Eurostar’s inaugural London-Amsterdam train – the first scheduled service between the UK and The Netherlands.

A simple invention that revolutionised long-distance rail travel in the days of steam. Nick Pigott looks back at more than a century of water troughs.

With Scotland’s railway undergoing its biggest transformation for decades, Ben Jones meets ScotRail Alliance managing directior Alex Hynes to discover how his organisation is delivering improvements at the same time as trying to maintain a reliable operation.

Chris Milner concludes his interview with Ron Buckley, who returned from National Service to find a railway preparing for Nationalisation.

46 Dinmore, and More and More

Despite its low profile, the owning group of this popular GWR 4-6-0 has achieved some impressive feats and good reputation for reliability and performance of their machine. Gary Boyd-Hope goes behind the scenes.

MAIN IMAGE: The first TransPennine Express
‘Nova 3’ set, powered by No. 68021, races around the test track at Velim in the Czech Republic on April 12. KEITH FENDER

INSET 1: Water troughs: the story of a long-lost railway practice.

The next issue of The RM will be on sale Wednesday, June 6 – order your copy now!