THE RCTS column (RM March 2018) says ‘Shed permits were rarely if ever issued to single applicants whereas group visits were usually more successful’.

It would appear, depending on the Region in question, the general minimum number was 10 or 12; the maximum 25 or 30. However, I successfully applied for several permits for two people to visit one shed in 1964, and a further nine permits in 1966, all in Scotland (see photo). 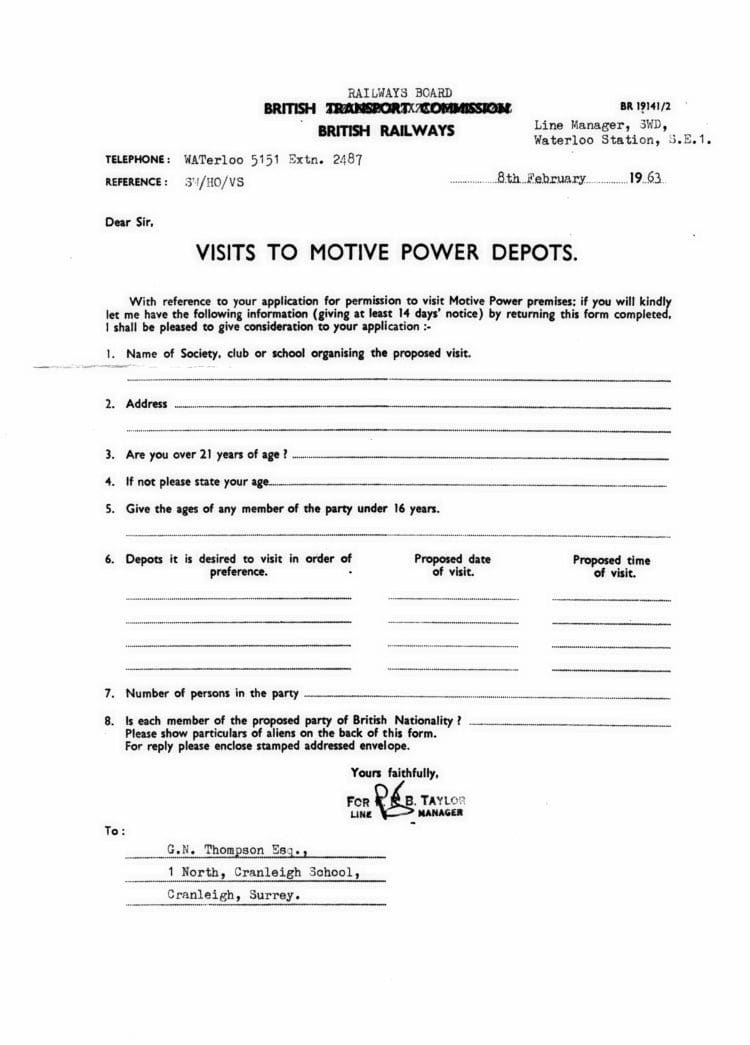 I also received a helpful note from BR (NER) in 1961. It pointed out, while their minimum number of visitors was 12, they “do try, wherever possible, to attach individuals to parties for which arrangements have already been made”. A similar approach was adopted, at least, by BR(WR).

Lastly, while it was assumed most visitors would be male (‘boys’ had to be 12 or over), in 1963, BR(WR) was adamant ‘females are not permitted’. Ironically, Karen Harrison, Britain’s first woman mainline locomotive driver’s assistant, started her footplate career at the Western Region’s Old Oak Common Depot in 1978.

On another tack, BR(NER) MPD & Works visiting conditions endearingly stated ‘an assurance is required the visit is for educational purposes and not merely for locomotive spotting’.

I suspect requirement was largely lost on us teenagers at the time, but perhaps not now, with hindsight and a gentle pang of nostalgia!

What were your experiences of shed visits and permit applications? Let us know and include a photo if you can – Ed

Read more Letters, Opinion, News and Views in the April issue of The RM – on sale now!