14 Multiple Aspects With Lord Berkeley.
14 Railways in Parliament
36 Subscription Offer
-Subscribe today to receive your monthly copies of The Railway Magazine from only £20.
40 Readers’Platform
54 Reviews
56 Meetings
61 Panorama – at night
-A stunning collection of nocturnal railway photography.
64 From The RM Archives
-Find out what The RMwas reporting 20, 50 and 100 years ago.
110 Heritage Diary
Details of when Britain’s unique collection of heritage railways and railway museums are open.
122 Prize Crossword and Where Is It?

12 Obituary: Sir William McAlpine
The RM pays tribute to one of the Railway heritage movement’s most dedicated and influential supporters, who passed away last month.

16 Ron Buckley: Britain’s Oldest Railway Photographer
Chris Milner meets a centenarian photographer who has been recording Britain’s railways on film since the 1930s.

26 Homeward Bound: York-Huddersfield in the 1970s
This month’s Practice & Performance looks back at John Heaton’s commuting journeys on the trans-Pennine route in the days of Class 40s and ‘Peaks’.

33 40 Years of Rail Ale Rambles
Dave Richardson looks back on 40 years of connecting railways with visits to breweries and beer festivals.

42 Living the High Life
Switzerland’s famous mountain railways provide more than just an unfortgettable day out for tourists, as Ben Jones discovered on a recent trip to the Lucerne region.

48 Then & Now: The AlnValley Railway
Alan Barnes looks back at this well-known line in Northumberland, which recently became one of the UK’s newest heritage railways. 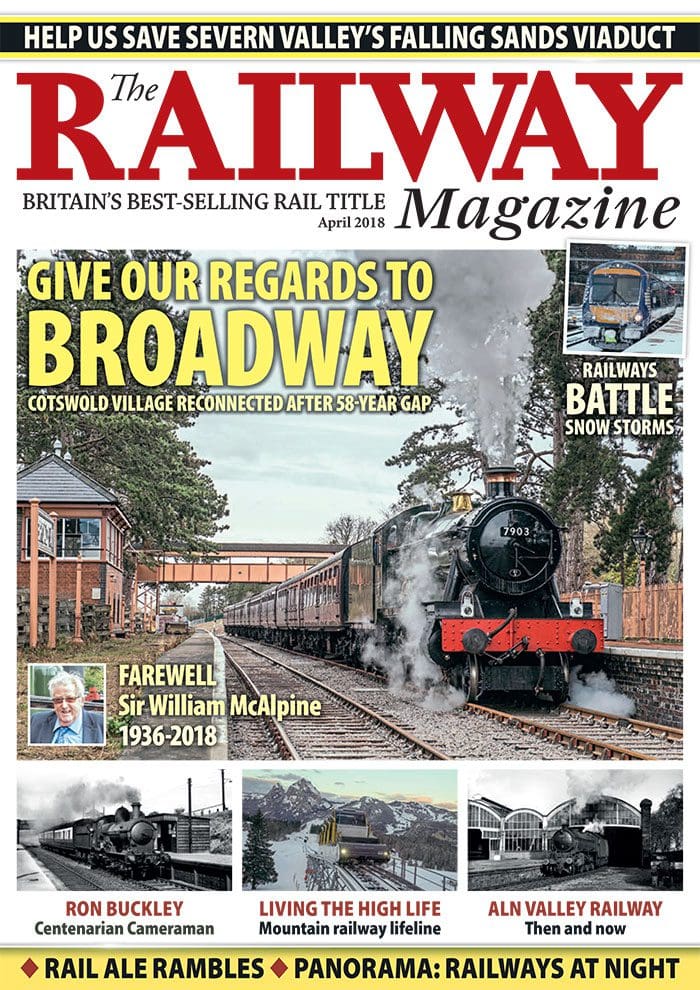