THE Railway Preservation Society of Ireland (RPSI) is operating a ‘071’-hauled train from Dublin on April 7.

This charter follows the sell-out success of its diesel tours in 2017.

‘The Branchline Wanderer’ starts from Connolly station at 08.30, running via the Phoenix Park link to Kildare and on to Waterford via the Lavistown curve at Kilkenny. 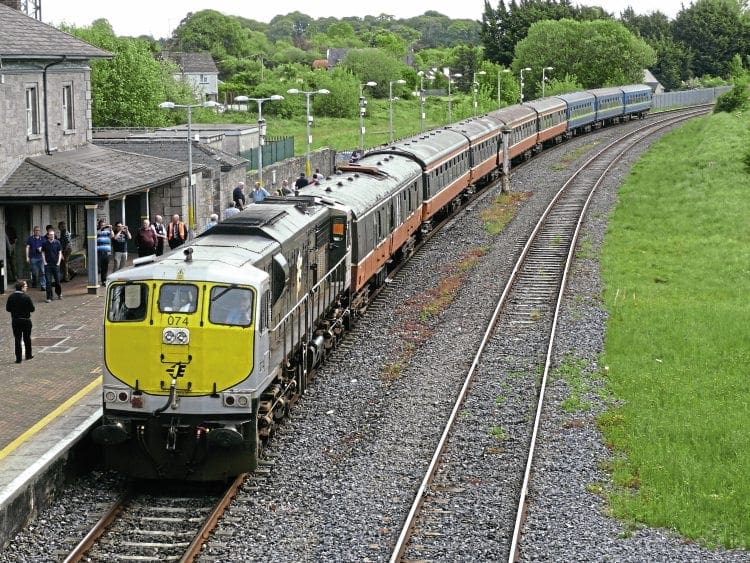 After a reversal, the train traverses two lines threatened with closure: Waterford to Limerick Junction and Limerick to Ballybrophy via Nenagh. From Ballybrophy, it heads south to Thurles to run round before a fast run over the Cork main line back to Dublin.

Locomotive changes are planned at Waterford and Limerick, offering fans the chance to sample three of these noisy, and hugely popular, General Motors Co-Co diesels.