CLASS 88 bi-mode locos have been going ‘off the juice’, with Nos. 88009 Diana and 88010 Aurora making a trial run on diesel power from Carlisle Kingmoor to Seaton Carew, Teesside on January 12.

A pair of locos can muster 1,900hp in multiple, and up to four FNA nuclear flask wagons should be within the capability of a pair of ‘88s’, which is where DRS appear to be thinking. 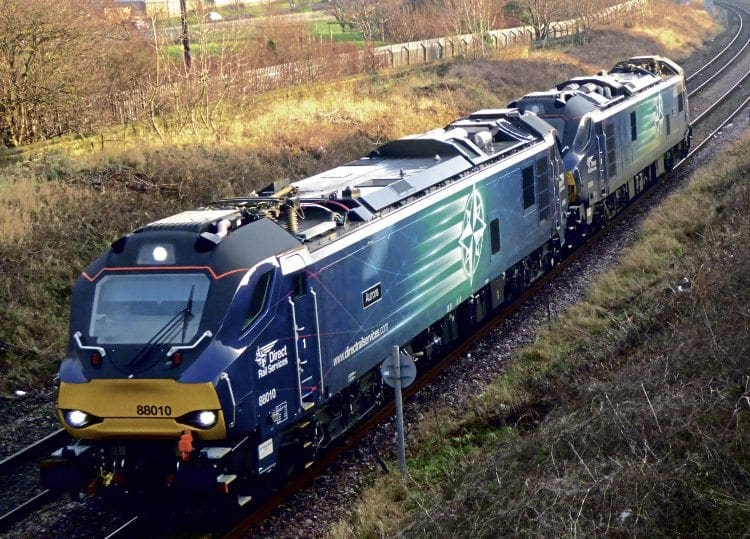 DRS used the same locos on a test run from Sellafield to Heysham on January 17, ahead of a live run on January 23, when 88009/010 took three nuclear flasks to Heysham power station and brought one back.