CLASS 47 No. 47579 James Nightall GC arrived at Alresford station on the Mid-Hants Railway by low-loader from the Mangapps Railway, Essex on November 23.

The off-loading was assisted by Class 33 No. 33202 Dennis G. Robinson, which is also currently visiting the MHR from the Mangapps Railway. 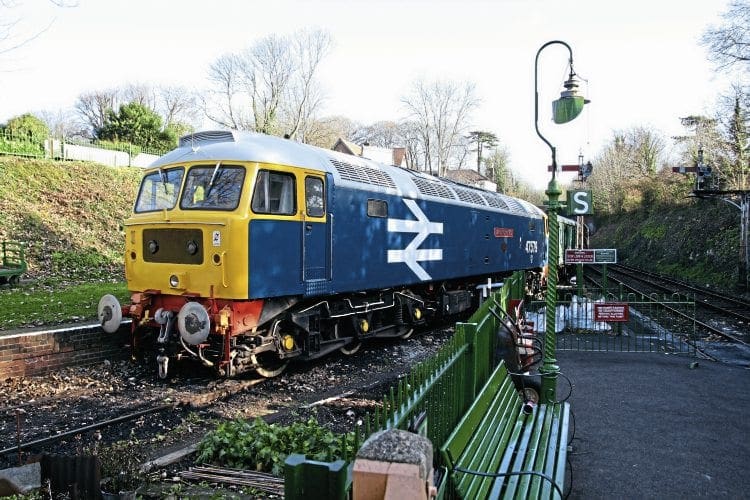 It is believed to be staying for a three-year loan period. It will be running in addition to steam locos on selected days, including May 19 and September 8.