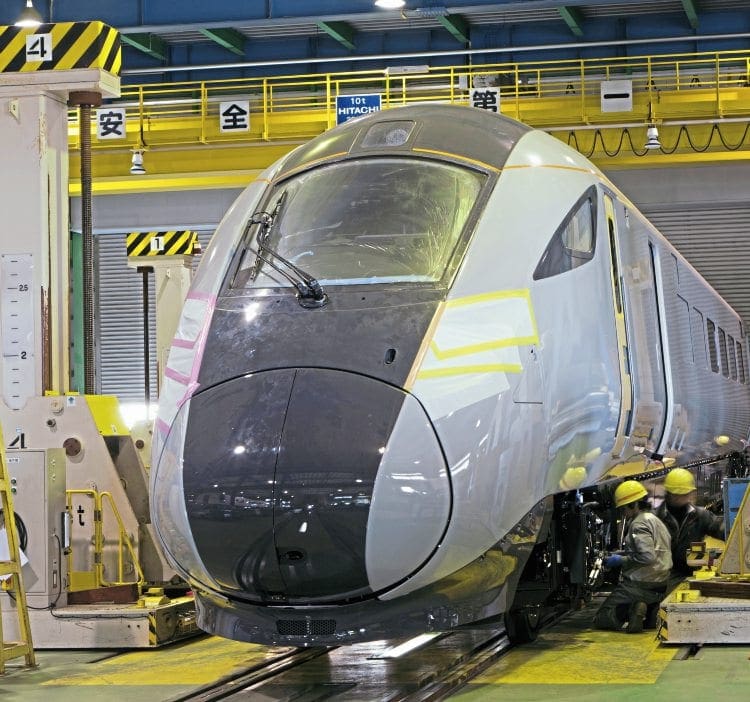 The remainder of TPE’s fleet will be assembled at Hitachi Rail Europe’s Newton Aycliffe plant in County Durham during 2018/19.

The 19 five-car sets are due to enter service in December 2019, and will work TPE routes from Manchester and Liverpool to the north-east of England and Scotland, replacing Siemens
Class 185 DMUs and Class 350/4 EMUs.

They will be maintained by Hitachi Rail Europe at its £80million depot in Doncaster, with day-to-day maintenance also taking place in Liverpool, Newcastle and at Craigentinny in Edinburgh.

Along with the ‘Civity’ EMUs and Mk5a locomotive-hauled sets being supplied by CAF in Spain, the ‘802/2s’ will add an extra 13 million seats every year on TPE routes. PICTURE: HITACHI