I WAS fascinated by the photograph of the naming ceremony for No. 92220 Evening Star (RM June, p7).

At that time I was serving an engineering apprenticeship at Swindon Works, and witnessed the naming of the locomotive, from the furthest track of the 100-ton crane visible in your photo. 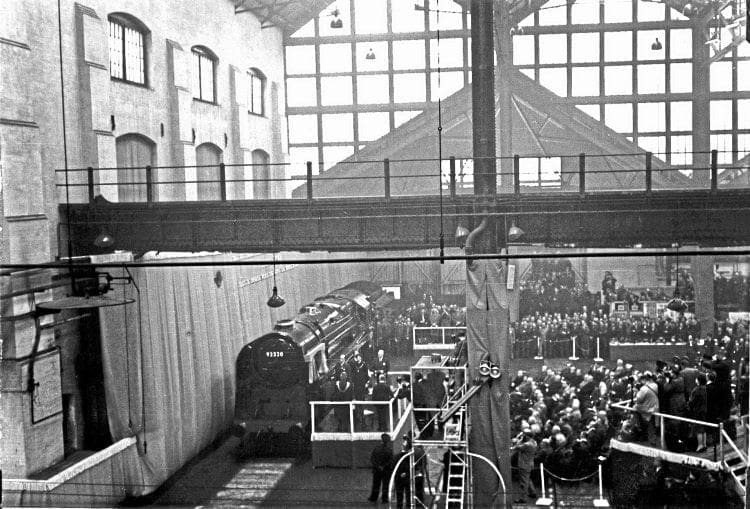 My photo was taken just after the curtains had been opened by KWC Grand to officially reveal the name of 92220, which of course was no surprise to us. I believe the loco was in light steam, and made not a sound during the entire ceremony.

Afterwards, I recall a 204hp diesel shunter dragging it out of the AE Shop because its boiler pressure had dropped so low.

Read more letters, news and views in the August issue of The RM