MID-November saw Network Rail install its first new overhead line masts on the Midland Main Line since the ‘BedPan’ electrification of the early-1980s.

Around 40 masts were erected between Kettering and Corby, bolted to cylindrical steel piles, which were installed earlier this year. 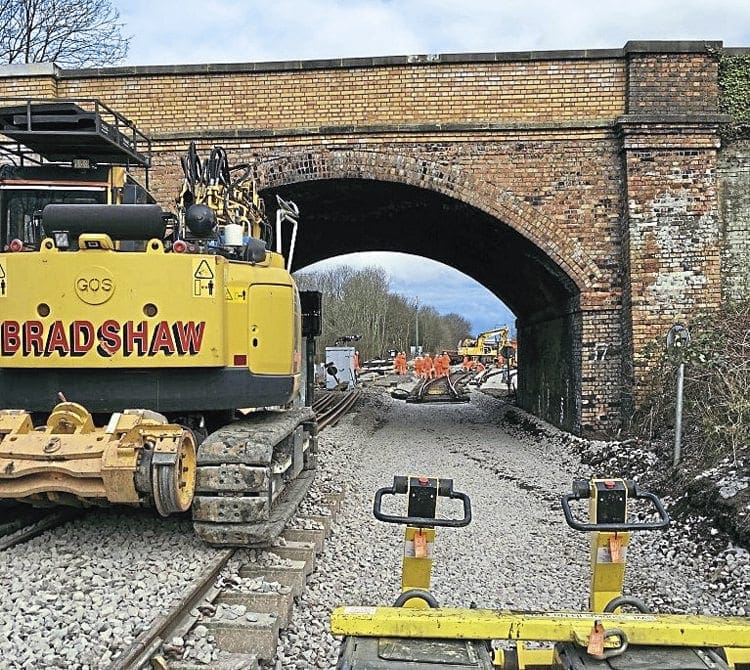 The installation follows preparatory work undertaken by NR in recent months, including the raising of several overbridges, 10,000 yards of new lineside fencing, and upgraded track and signalling.

Electric operation is expected to be extended north of Bedford by December 2018, although the rest of the Midland Main Line electrification scheme – extending wires north to Nottingham and Sheffield – was scrapped by the Government in favour of bi-mode trains earlier this year. NETWORK RAIL

Read more News and Features in December’s issue of The RM – on sale now!