THE much-anticipated main line return of Tyseley’s flagship 4-6-0 No. 7029 Clun Castle will take place on March 31, when the newly overhauled ‘Castle’ heads to Chester.

Vintage Trains’ ‘Shropshire Express’ is expected to leave Tyseley Warwick Road at 09.05 and head out through Birmingham New Street and Tame Bridge Parkway to Wolverhampton. Here, it will join the West Coast Main Line for a northward dash to Crewe, before veering west to Chester. 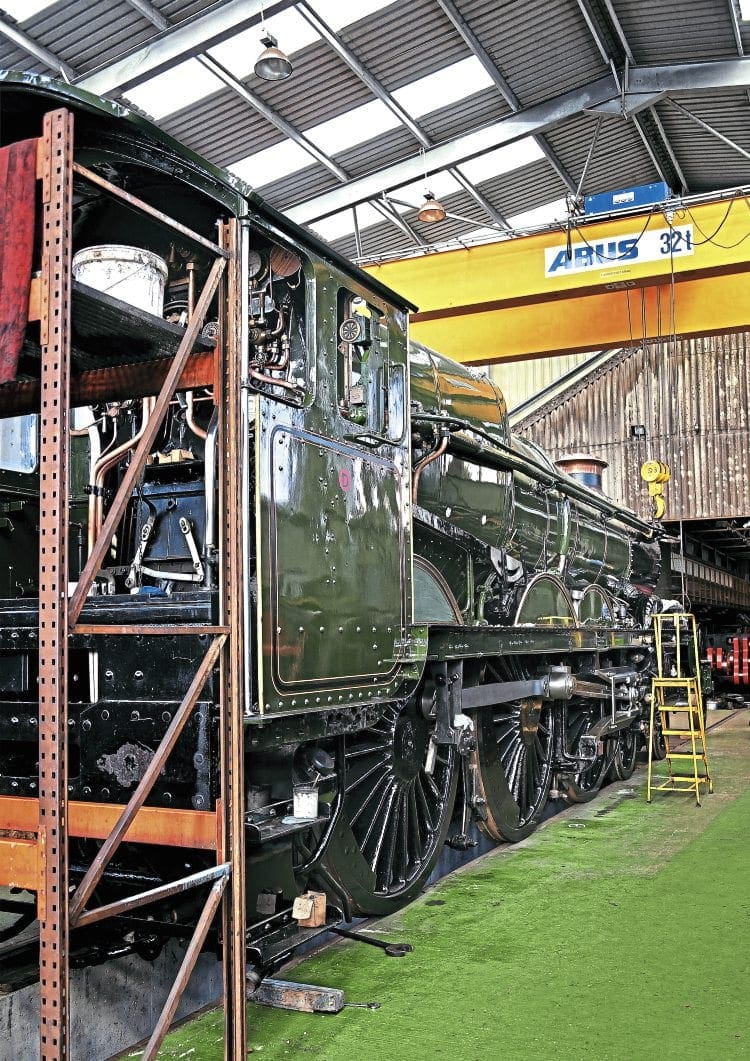 The WCML section should provide the double-chimney locomotive with an opportunity to show its mettle, but on the return leg No. 7029 will head south from Chester to Wrexham, Gobowen and Chirk over the route of the Shrewsbury, Oswestry & Chester Junction Railway.

Three weeks later, on April 21, ‘Clun’ will be out again, this time taking the ‘Cotswold Express’ on a nostalgic tour of Great Western territory.

Right: The finishing touches are applied to No. 7029 Clun Castle at Tyseley Locomotive Works ahead of its public debut – in steam – on October 29. ROBIN COOMBES