The project was undertaken in just over a week by a small team which carries out work on the centre’s diesel locomotives each year. 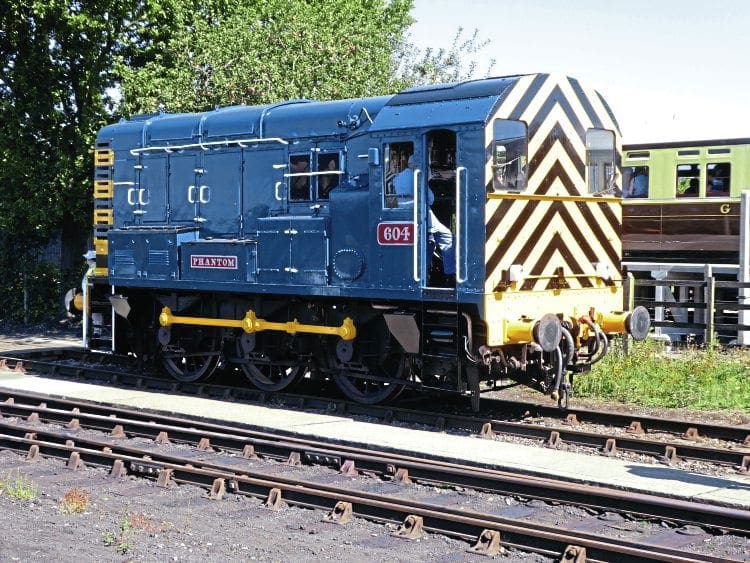 As the work of sanding down and applying undercoat and top coat has to be completed during the time available, the aim is to make the locos look good, and
to give them a coat of protective paint, rather than a show-room appearance.

The 08’s previous green livery was applied seven years ago, and although the paint had lasted well, it was becoming very faded.

Withdrawing this loco from traffic would normally have been difficult as it is in everyday use, but the situation has been eased this year by hiring No. 08742 from HN Rail. Picture: MARGARET CRANE

Read more News and Features in the October issue of The RM – on sale now!