THE air around the Great Central Railway echoed to two new exhaust beats during September after two locomotives took to the rails following restoration.

The first to get a run out was Doncaster-built Riddles ‘5MT’ 4-6-0 No. 73156, which has been the subject of a 15-year restoration by the Bolton Steam Locomotive Company in conjunction with its supporting arm, the 73156 Standard 5 Group, and the Loughborough Standard Locomotives Group.

Final painting of the loco was carried out during late August/early September, with running-in starting on September 10.

A special members’ and shareholders day took place three days later, as the loco continues to build up to test mileage ahead of its appearance at the railway’s Autumn Steam Gala on
October 5-8.

Below Right: With its paintwork still unfinished, ‘Austerity’ 0-6-0ST No. 68067 (Hudswell, Clarke No. 1752 Robert) stands at Rothley during its first test runs on September 20. BOTH: GRAHAM WIGNALL 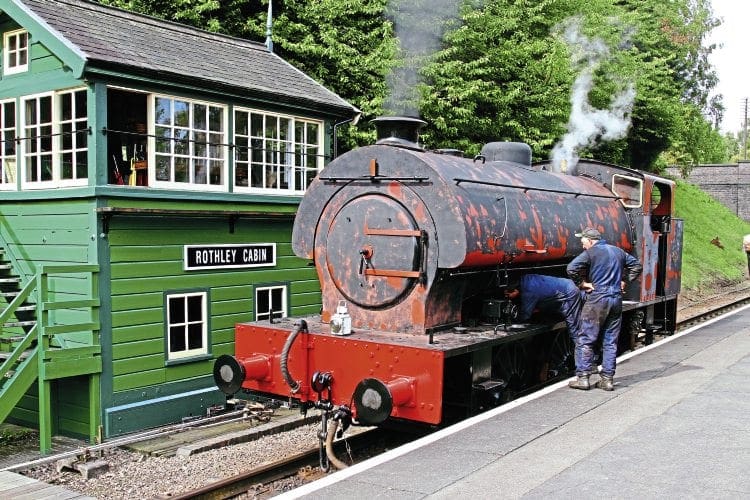 Read more in October’s issue of The RM – on sale now!