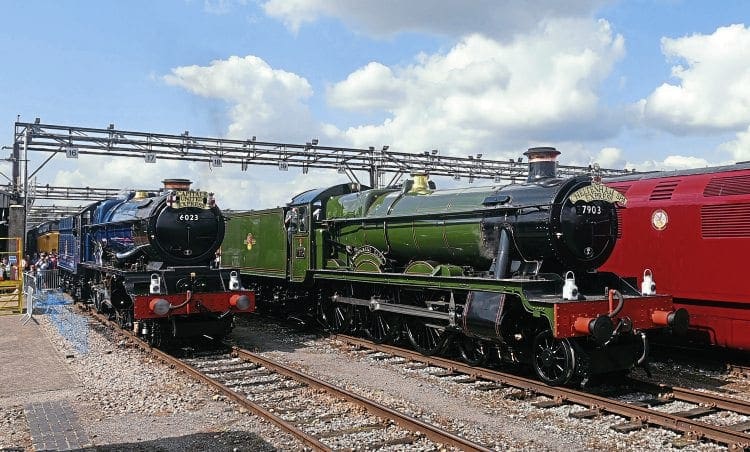 Gloucestershire Warwickshire Railway-based ‘Modified Hall’ No. 7903 Foremarke Hall and Didcot’s ‘King’ No. 6023 King Edward II were both allocated to 81A during their pre-preservation careers.

The pair are seen side by side during the morning of the event, No. 6023 having been towed there by ‘Britannia’ No. 70013 Oliver Cromwell. TOM ADAMS

Read more New and Features in October’s issue of The RM – on sale now!